NPA to give razor sharp focus to corruption and state capture cases. 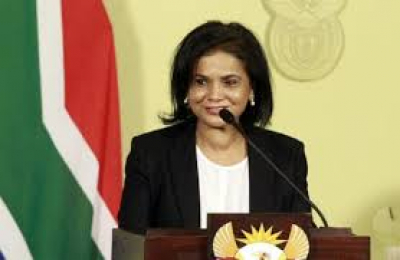 The National Prosecuting Authority (NPA) Investigating Directorate (ID) says over the next six months, it will be giving "razor sharp focus" to corruption and state capture related cases.

She was briefing the National Assembly Portfolio Committee on Justice and Correctional Services on the prosecuting authority's annual performance plan and budget for the 2022/23 financial year.

"Right now, our response to the findings and recommendations of the [State Capture Commission] is what will really be defining for the NPA and for South Africa. The recent release of the state capture reports have highlighted how much damage has been done to our country [and] there is a need for us, as the NPA, to act with a sense of urgency with razor sharp focus on particular cases.

"We are determined to ensure that those implicated in state capture are held to account. We have said this before and we know now more than ever that failure is not an option. The consequences for our country are too terrible to contemplate," she said.

She said the NPA has set out short term plans to bring allegedly corrupt officials to book.

"We have evidence plans we have put in place to deal with what we call a few seminal corruption cases…to bring [these cases] to court in the short term. We are talking about three to six months. We need to make sure that accountability for corruption is the norm and not the exception.

"We realise that if we are to bring back the billions that have been stolen…we need to have a very bold and innovative asset recovery strategy and we've worked on that and we certainly think that it will give us the best opportunity to try and recover those lost and stolen monies," Batohi said.

The NDPP assured the committee that the implementation of these plans will be closely monitored in order to ensure both external and internal accountability.

"The second level of implementation and review talks to the implementation of the six month priority plan which focusses very heavily on bringing corruption and state capture cases to court.

"A third level of review…deals with our strategic initiatives. We recognise that we have to focus on innovation, on transformation and upholding the highest standards of ethics throughout the organisation," she said.

Batohi emphasised to the committee that since her appointment to the NDPP position three years ago, "a lot of hard work" has gone into rebuilding the integrity and independence of the NPA.

"So after three years of really working hard at rebuilding, laying a foundation of a very fractured NPA, we can say now with confidence that…the time for action with regard to certain seminal cases that have been very challenging in terms of investigation has come. We are ready to rebuild the rule of law in our country because we know how important that is in terms of the future of our country."

"Our hard work…is paying off. We see it internally, our actions are starting to speak for themselves. It is so that the ubiquitous taps of corruption are being turned off and it is so that no one controls the NPA. We know that the long arm of justice [is] sometimes a bit too long but it will catch up," she said.