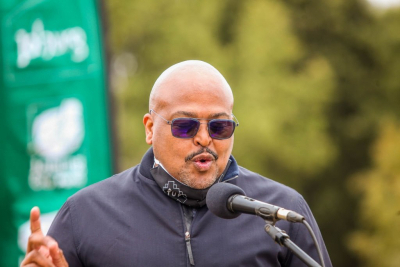 Former Johannesburg mayor Mpho Moerane is said to be in a critical condition in hospital following a car accident.

The ANC in the Greater Johannesburg region confirmed the news in a statement on Tuesday.

The regional coordinator Dada Morero said Moerane was "in a critical but stable condition" in hospital.

He said the ANC was saddened by the former mayor's hospitalisation and wished him a speedy recovery.

"Comrade Mpho Moerane is in a critical but stable condition receiving medical attention in hospital."

Moerane is the leader of the ANC caucus and the regional task team fundraiser in Joburg.

The ANC requested the public to give the family and party space to provide support to Moerane to ensure his full recovery.

Moerane was the mayor of Joburg for a month last year after the death of his predecessor, Jolidee Matongo in September following a car accident.

He was also the ANC's mayoral candidate for Joburg during last November's local government elections.

Moerane was reportedly supposed to contest the position of ANC Joburg regional chairperson at the party’s Johannesburg elective conference this weekend.