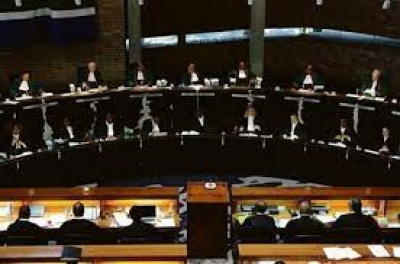 The Gauteng High Court declared the Copyright Act unconstitutional in a 2021 case brought by Blind SA and Section 27.

In the case, the groups argued that the Act, in its current capacity, violated the rights of persons who are blind or visually impaired – in particular their rights to equality, dignity, basic and further education, freedom of expression, language and participation in the cultural life of one's choice.

The Act effectively bars or severely limits parties from adapting works for easier consumption by those who suffer from print or visual impairments, in turn, creating a barrier to the realisation of their constitutional rights.

Media Monitoring Africa Trust said that works need to be adapted to more accessible formats, including digital formats that enable the use of screen readers, as well as adding audio descriptors and subtitles to broadcast media and films.

However, adapting a copyrighted work in this way may amount to copyright infringement and thus may constitute an offence. According to Blind SA, fewer than 0.5% of published works in South Africa have been made available in accessible formats like braille.

In the 2021 ruling, the High Court ordered that a proposed amendment to the Act, Section 19D, be 'read in' to the laws.

This would allow an exception to copyright for people with disabilities so that they can convert published works into accessible formats like braille, large print, and the Digitally Accessible Information System (DAISY), without the permission or authorisation of the copyright owner.

However, the declaration of unconstitutionality was suspended for 24 months to give Parliament the time to make the necessary changes to the country's laws.

Blind SA is seeking confirmation of the High Court order, but is also arguing that the 24-month period is not needed as the Section 19 read-in already remedies the situation. It wants the reading in to be made permanent after 12 months if parliament has not yet finalised the legislative process for the Copyright Amendment Bill.

The Department of Trade and Industry and others are respondents in the case and will also be submitting their arguments.

While the minister of trade and industry is not opposing the order – and agrees that the Copyright Act is unconstitutional – he is opposing the relief sought by Blind SA as he deems it is not appropriate.

This is because the Section 19D read-in remedy would remove the parliamentary processes, which would be an over-reach and in conflict with the separation of powers. The minister is suggesting the read-in as an interim measure, while parliament fulfils its duties over the 24-month period.

Specialist copyright attorney, professor Owen Dean, also a party to proceedings as a friend of the court, holds the view that the Copyright Act is not unconstitutional because it already allows the minister to promulgate regulations that would allow for the relief being sought by Blind SA.

He said that the High Court order is not just or equitable, and is too broad – not clearly defining what "works" could be adapted or reproduced, implying that products like sound recordings could be included.

The professor has previously argued that South Africa’s copyright amendments are flawed and outdated, and has called on the government to bring it more in line with modern norms and terminology.

Dean is proposing that in this case, other regulatory measures be taken, or in the event that the Constitutional Court upholds the High Court findings, that a differently worded amendment be read in.

The matter will be heard in the Constitutional Court on Thursday, 12 May.

More in this category: « ANC in Johannesburg postpones its regional elective conference. 'I did not defame Trevor, but I stand by my statement' | JJ Tabane. »
back to top