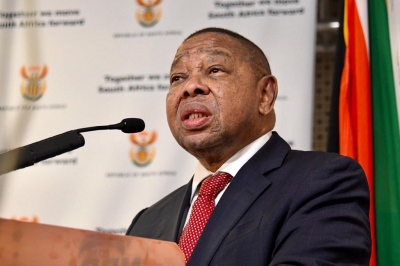 The National Student Financial Aid Scheme (NSFAS) will be allocated a R49 billion budget in the 2022/23 financial year.

Nzimande said the National Skills Fund will also provide budget support for scholarships and bursaries for the 2022/23 financial year amounting to R866 million.

He said various bursaries and loan schemes administered within institutions are another source of funding.

"As part of the development of our Comprehensive Student Funding model… we are engaging both the public and private components of the financial sector to come up with a funding model to support students in the 'Missing middle' income bracket and post graduate students who cannot secure funding from the National Research Foundation".

Nzimande said the Ministerial Task Team is already engaging the Banking Association of South Africa and significant progress had been made in this regard.

The Ministerial Task Team is expected to present its final report to the Minister by the end of May this year.

The department has also established entrepreneurship hubs at TVET colleges to support students to move into self-employment after completion of programmes.

In the current financial year, the Minister said the department projected that the skills levy would increase to R20.6 billion from last year’s R18.9 billion.

Nzimande said the department had also taken the decision to prioritise the sector by re-allocating additional funds from the National Skills Fund.

"We have begun a process of crafting one country, one skills plan (Master Skills Plan). This process will promote a more efficient and effective mechanism for our country-wide skills planning.

"As part of my service level agreement with the SETAs, they will incorporate government priorities - especially those that address the triple challenges of poverty, unemployment and inequality as captured in the National Development Plan - in their Sector Skills Plans."

These would therefore develop their Annual Performance Plans (APPs) to address skills challenges in various sectors of the economy and country in general.