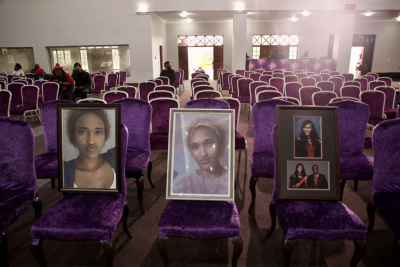 The ANC chief whip's office in the Mpumalanga legislature has suspended its employee Philemon Lukhele.

His suspension comes as a result of his arrest in connection with the murder of former EFF Secretary General Godrich Gardee's daughter, Hillary Gardee.

Mlombo announced that Lukhele will be suspended without pay. The suspension is in effect as of today.

Mlombo said: "It is true that today I am from the Nelspruit correctional services where I personally handed to Philemon Lukhele, who is an employee in the office of the Chief Whip in Mpumalanga, a suspension letter without pay effective from today at 9 o'clock. This suspension is pending a disciplinary hearing which will be held immediately when he receives bail if he receives bail".

Contrary to reports on social media, Mlombo reiterated that a decision to dismiss Lukhele has not yet been taken.

"A decision to fire him will be taken after a disciplinary hearing that will take place immediately when he comes back," he said.

Mlombo described the charges of rape, kidnapping and the possession of an illegal firearm which have been levelled against Lukhele, as falling within the highest level of seriousness of their code of conduct.

He also stressed that even though the charges brought against Lukhele have brought the office of the Chief Whip in Mpumalanga into disrepute, they do not wish to pre-empt the outcome of the disciplinary proceedings.

Meanwhile Cabinet has welcomed the swift response by law enforcement officers in arresting suspects in connection with the murder of Hillary Gardee of Kwamagugu in Mpumalanga recently.

Minister in the Presidency, Mondli Gungubele, said Cabinet in its meeting this week continued to condemn the senseless killing of women.

The 28-year-old's lifeless body was found abandoned outside Nelspruit after she went missing on 29 April.

During a post-Cabinet meeting media briefing on Thusday, Gungubele said Cabinet further condemned the killing of six people in Khayelitsha in Cape Town at the weekend.

"These senseless murders are a reminder that we must do more as a society to end violence and gender-based violence and femicide (GBVF).

He said, Cabinet also urged all people in the country to work with the government in the fight against GBVF.

More in this category: « NSFAS given R49 billion budget in the 2022/23 financial year. DSAC to inject resources for the recovery of cultural, creative and sport sector. »
back to top