Excellent progress being made with structural reforms |OV quarterly report. 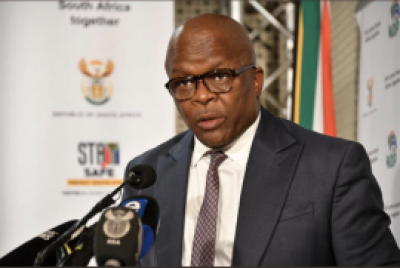 South Africa's economic reforms are beginning to set the country's economy on a growth trajectory, an Operation Vulindlela (OV) progress report has revealed.

OV was established in October 2020 as a joint initiative of the Presidency and National Treasury to accelerate the implementation of structural reforms.

It is a government‐wide approach through which Ministers, departments and entities implement structural reforms and a Vulindlela Unit in the Presidency and National Treasury monitors progress, addresses challenges and actively supports implementation.

Chief director of microeconomics in the National Treasury, Nomvuyo Guma, said one of Operation Vulindlela's successes in the first quarter of this year was the spectrum auction, which was concluded despite litigation from some players in the auction process.

Guma also said the energy sector made progress, with the launch of bid window 6 of the Renewable Energy Independent Power Producer Procurement Programme announced in April with 25 bidders named to provide nearly 2 600 MW of winder and solar photovoltaic power.

She said there were also plans to conclude the analogue television broadcast signal switch off. She said Transnet had to move to sell 16 freight rail slots to private operators in April before the White Paper on National Rail Policy was released this past Wednesday to expedite the reform.

"There is a process to establish an economic regulator, and in an ideal world, it would be in place. And that is what we are working towards. But we can't wait. Transnet has gone ahead and made slots available to get moving on reform so that once the regulator is in, they can ensure access," said Guma.

Guma said an additional 18 reforms are progressing well and are on track.

Head of the project management office in the Presidency Rudi Dicks said while both the areas of Operation Vulindlela that were experiencing challenges related to energy, the government was in discussions about how to address challenges and make the energy regime more investor-friendly.

"The reduction in the timeframe for generation projects from 107 to 57 days is a good example. We are having conversations and continue to keep colleagues updated when it comes to mining license applications, and this is an important area," said Dicks.

This, he said, could free-up much needed fiscal space.

"In this way with the net it enables greater job creation, support fiscal sustainability and spare the economy, even in the short term. We can raise economic growth significantly beyond this anaemic levels and create over 1 million jobs relative to a scenario without reforms."

Minister in the Presidency, Mondli Gungubele, said the achievement were examples of the commitment of the sixth administration to overcome inertia and drive progress on the economic reform agenda.

He said OV was playing an important role in providing a clear policy direction and ensure policy certainty in several areas.

"Departments and entities themselves remain responsible for the implementation of the reforms. Operation Vulindlela does not replace their role but rather provides active support for implementation, especially where capacity is lacking," he said.

One of the most important roles of the operation is to ensure effective coordination of the reform agenda across government, especially where there are multiple departments involved in the single reform, said the Minister.

He added that government had significant progress since OV was established to accelerate the implementation of reforms that are needed to lift economic growth.