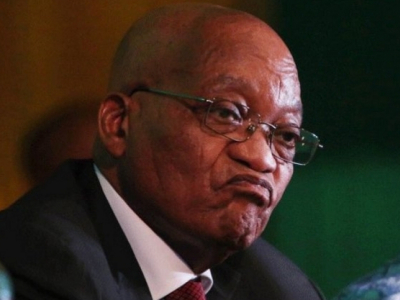 Former President Jacob Zuma’s bid to appeal against a ruling that could see him going on trial for corruption has been dismissed by the Supreme Court of Appeal (SCA).

The court issued its decision without even hearing argument from his lawyers about why he contends the Pietermaritzburg high court was wrong to refuse his application of a permanent stay out of prosecution.

The court said his appeal has no reasonable prospects of success.

Three judges found that there was no compelling reason why Zuma should be granted leave to appeal the dismissal of his bid for a permanent stay of prosecution.

“It is in the interest of justice and bringing the matter to finality that no appeal should ensue,” read the ruling from Judges Jerome Mnguni, Esther Steyn and Thoba Poyo-Dlwati, which the SCA has concurred with.

The core of Zuma’s application for a permanent stay of prosecution was his long-time allegation that, due to an unreasonable delay in the commencement of the proceedings, it won’t be possible to receive a fair trial.

The Supreme Court of appeal dismissed its leave application with costs.

Tweet
More in this category: « Old Mutual has confirmed that one of its employees has tested positive for Covid-19. Coronavirus Update in SA: 8 more new cases have been confirmed. »
back to top