Zikalala, Mchunu mutually withdraws charges against each other. 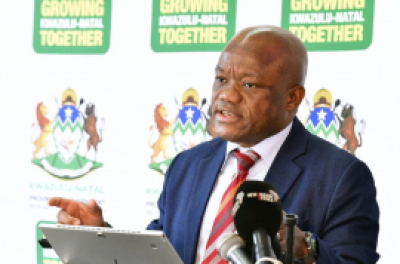 Mchunu, who also opened a case against Zikalala, said he would also withdraw his matter. It follows an incident that took place during the Ingoma KaZwelonke competition held at Moses Mabhida Stadium in Durban.

According to Zikalala’s spokesperson Lennox Mabaso, Mchunu hurled insults at Zikalala. In a brief statement on Monday evening Zikalala's office said: "The Premier of KwaZulu-Natal Sihle Zikalala has noted and welcomed the statement by Ngizwe Mchunu. The Premier confirms that both himself and Mr Ngizwe Mchunu have amicably decided to withdraw charges against one another."

He said: "I have arrived at that decision after engagements with traditional and faith-based leaders. We will go together to the police station with the Premier and withdraw the charges we opened against each other on Tuesday."

More in this category: « National Treasury's grants Sasria R22 billion to help clear claims. Senzo Meyiwa murder trial has been postponed to September. »
back to top