Senzo Meyiwa murder trial has been postponed to September. 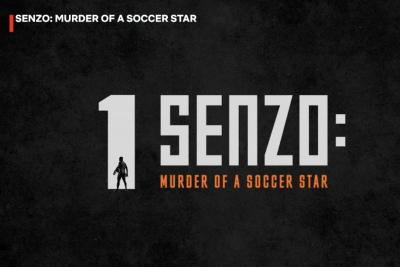 The high court in Pretoria has granted a request to postpone the Senzo Meyiwa murder trial.

Defence lawyer advocate Zandile Mshololo filed an application for postponement so that she can study the contents of the second docket disclosed last week.

In that docket Meyiwa's girlfriend, Kelly Khumalo, his mother and sister Gladness and Zandi, Longwe Twala and a neighbour accused of cleaning up the house before police could arrive, Maggie Phiri, are among the accused.

Mshololo represents the fifth accused in the trial, Fisokuhle Ntuli.

Mshololo said even if she was aware of the second docket, that still did not mean it had been disclosed to her and her client. The non-disclosure was a violation of Ntuli’s constitutional rights because the state had been aware of the docket since January and also knew that Teffo had received it in March, she said.

Judge Tshifhiwa Maumela said the accused were entitled to a fair and speedy trial.

"The fact put on the table by Adv Mshololo is that she needs to go into the contents of the second docket,” he said.

Tempers flared in court as deep divisions between the legal representatives of the five men accused of killing the football icon argued on the way forward in the high-stakes case.

Adv Teffo accused the court of overlooking the rights of his clients. He claimed there was a cover-up regarding the status of the second docket.

Maumela said Teffo had so many points to use in appealing should the verdict not favour his clients.

At one point, the state prosecutor, advocate George Baloyi, raised an objection that Teffo was leading evidence from the bar and that it was not procedural.

He suggested that Teffo submit these issues by way of affidavit.

Unrelenting, Teffo said he was willing to be lectured on law, but could not be tutored Adv Baloyi and Adv Mshololo.

Meyiwa was killed at his then-girlfriend singer Kelly Khumalo’s home in Vosloorus on the East Rand in 2014.

They have all pleaded not guilty.

More in this category: « Zikalala, Mchunu mutually withdraws charges against each other. SCA dismisses Dlamini-Zuma’s appeal on tobacco ban during lockdown. »
back to top