Myeni enters into plea bargain as she may get a fine or suspended sentence. 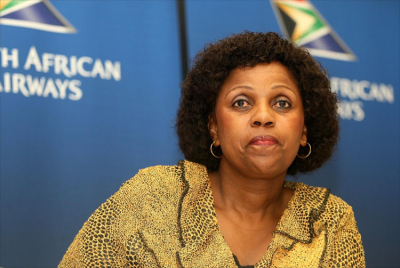 Former SAA board chairperson Dudu Myeni wants to enter into a plea bargain agreement with the state for allegedly revealing the identity of a witness – referred to as "Mr X" – at the state capture commission.

Myeni on Tuesday appeared at the Johannesburg Magistrate’s Court on charges of defeating the administration of justice with alternative counts of contravention of the Commission Act.

During Myeni’s court appearance, it was revealed that she is negotiating with the National Prosecuting Authority (NPA) for a plea bargain.

"The matter has been postponed to 27 July to conclude the 105A negotiations to negotiate and enter into an agreement with the accused. We will consult with the complainant and bring the investigating officer aboard in the negotiations. We hope to conclude the agreement before the next appearance and file it in court," Mjonondwane said.

The NPA further indicated that no prescribed minimum sentence exists for the crime Myeni is alleged to have committed, and she may get away with a fine or suspended sentence.

After being investigated for prosecution over her role in State Capture at SAA, where she was a director and later chairperson, Myeni has emerged as a critical participant in State Capture.

The State Capture Commission’s report – the first part of which was released in January 2022 – paints Myeni, a personal friend of former president Jacob Zuma, as meddling, paranoid , incompetent, prone to intimidating board members and staff, and as having acted with "corrupt intent" throughout her time at the national carrier.

More in this category: « Ramaphosa declares special official funeral for King Zanozuko Sigcau. Ramaphosa stick to his guns, reaffirming his decision to suspend Mkhwebane. »
back to top