Gordhan gives Transnet a pat on the back for progress made on repairs in KZN. 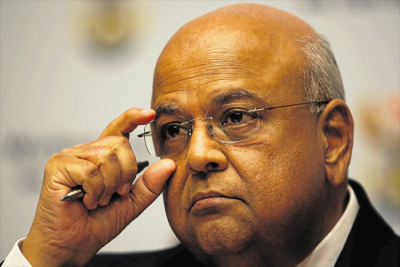 Transnet Freight Rail has reopened a line on the Container Corridor, a key economic node to move freight between Gauteng and Durban.

The single line between Durban and Cato Ridge was reopened on Monday after operations had been suspended since 11 April when devastating floods wreaked havoc in KwaZulu-Natal and damaged the country’s key export and import infrastructure.

Freight between Gauteng and Durban will now resume on the line. Additional capacity will be unlocked on the mainline in September, when repairs on the second line are completed and it is reopened to traffic.

The recovery from the damage caused by the flooding in KwaZulu-Natal will enable exporters and importers that utilise the Port of Durban to return to normality and Transnet will endeavour that all shipping lines continue to service the Port of Durban.

"Much work still needs to be done in the south basin area and Transnet continues to work with the province, municipality and other stakeholders in that area to ensure that work is concluded speedily," Gordhan said.

According to the minister some 2 673 workers spent 60 days completing some of this work with 98% of the expertise sourced internally.

"This means that rail operations on the Corridor Container – a key economic node which moves freight between Gauteng and Durban – will now resume on the single line. Additional capacity will be unlocked on the mainline in September when repairs on the second line are completed and it’s reopened to traffic," added Gordhan.

He described how an alternative route is now being pursued in order to manage traffic flow into the port.

"To ensure that Bayhead Road is relieved of congestion going forward, an alternative bypass road leading to the Durban Container Terminals and the Island View Complex was identified. A great deal of work has already taken place to clear to clear this road for the development of the new access pathway.

"The removal of existing rail tracks and clearing of the bushes has since been completed with works and placement of pioneer layers currently in progress. Work on the alternative bypass is expected to be concluded towards the end of November 2022," the minister said.

Gordhan further said that as well as carrying out repairs, Transnet has also taken the opportunity to undertake a planned maintenance shutdown at the port’s Container Corridor which was due to be done later this year.

"The corridor achieved a 98% execution success rate in the shutdown which will lead to significant improvement on the efficiency and reliability of the infrastructure, network renewal, removal of speed restrictions, theft prevention and resilience to adverse weather. The benefits of this work will be fully realised once the second line is open and the entire network is operational.

More in this category: « DBE develops a plan to promote the nine marginalised languages at schools. WHO technical team visit SA to assess traditional medicine for treating Covid-19. »
back to top