Municipalities have been broken for years with little efforts to getting fixed |AG. 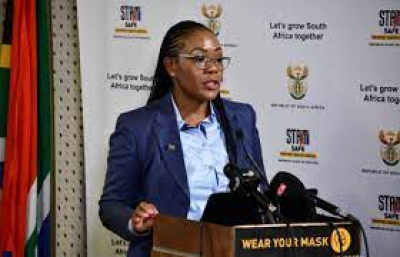 Auditor-general Tsakani Maluleke says the financial state of municipalities has continued to disappoint over the last year, with little sign of things being turned around.

The Western Cape was the best performing province after it received 22 clean audits while no municipality in the Free State and North West received one, she said.

"What we see looking at this year’s audit outcome is that there is no improvement in the status of transparency, accountability, performance, or integrity of local government".

"We’ve not seen an improvement. If you compare (the figures) to four or five years ago, there were 33 clean audits – this time around 41. It's important to note that the 41 are predominantly district municipalities and one metropole (Cape Town). Very few local municipalities or cities received clean audits."

Maluleke said that the lack of improvement in municipal outcomes is an 'indictment' on the entire local government accountability ecosystem, which failed to act and arrest the decline that continued to be characterised by poor service delivery in municipalities.

"This report presents a not-to-be-missed opportunity for the new administration to address the already reported audit findings and on all role-players involved in local government to heed our call to action to transform local government and improve people’s lives.

"The AGSA has been consistent in its messages about the progressive and sustainable improvements required to prevent accountability failures and how these should be dealt with."

Maluleke said her office has repeatedly emphasised the need to strengthen basic financial and performance management disciplines. It is also necessary to safeguard and maintain municipal assets and infrastructure, she said.

"It is now time to activate the accountability ecosystem to shift the culture in local government towards performance, integrity, transparency and accountability."

More in this category: « WHO technical team visit SA to assess traditional medicine for treating Covid-19. COGTA to implement initiatives to improve municipal audit outcomes. »
back to top