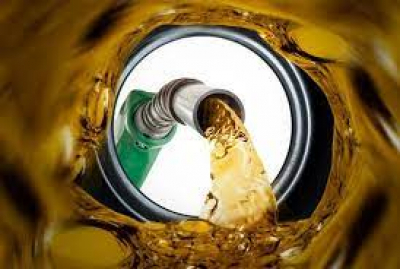 "It is an idea," said Mantashe "Russian oil is not on the sanctions list." A purchase is far from being finalized and would first have to go through a complex government procurement process, the minister said.

South Africa has close historical ties to Moscow due to the Soviet Union's support for the anti-apartheid struggle.

It abstained from a United Nations vote denouncing the invasion of Ukraine, and last month South African President Cyril Ramaphosa said "bystander countries" were suffering due to sanctions against Russia.

Despite the government's efforts to extend petrol price relief, South Africa and much of the rest of the world face the possibility of continued petrol price hikes in the coming months as global oil issues continue, say economists.

Current fuel price increase forecasts show another R2.00/litre hike in the petrol price in July, to R26.18/litre – the highest petrol price South Africa has ever experienced. The diesel price is set to rise by R1.18/litre, taking it to R24.27/litre, again unprecedented.

Adding to the pressure is the end of fuel price interventions announced by the government in March. Fuel prices in July will see R1.50 kept off the general fuel levy. In August, this will be reduced to 75 cents per litre as the other 75 cents are added back.

Meanwhile, the recent pledge from OPEC+ to step up production is unlikely to result in any material increase in output, as many countries in the group are already struggling to meet existing targets.

More in this category: « ConCourt dismisses suspended Mkhwebane’s application in Pillay saga. Communities urged to protect their properties amid fire season. »
back to top