Communities urged to protect their properties amid fire season. 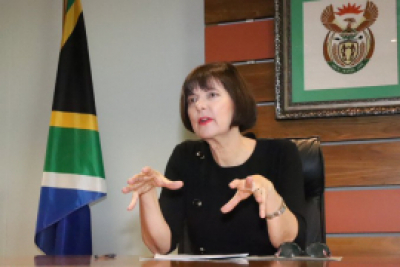 Forestry, Fisheries and the Environment Minister, Barbara Creecy, has urged communities and landowners to remain vigilant and protect themselves and their properties from potential devastation of wildfires with extremely chilly weather conditions expected from Wednesday.

The Minister's call comes as the Department’s Working on Fire (WOF) Programme announced its state of readiness for the winter fire season, which started on 01 June.

Creecy said that over 4 000 firefighters and their managers are stationed at 160 bases across the north of the country.

She said all firefighters completed their Annual Yellow Card Training Camps in April and May 2022, and have been declared fit and ready for the winter fire season.

"The Working on Fire Programme has also deployed 10 helicopters and 9 fixed wing spotter planes together with 26 pilots to provide aerial firefighting support to its ground crews. Additional aerial fire -fighting resources are made available to various Fire Protection Associations when the need arises," Creecy said.

She added that Working on Fire is already assisting partners and landowners to ready for the winter fire season through its Integrated Fire Management Services (IFMS).

"As the winter fire season is in full swing we appeal to community members to remove overgrown vegetation on their properties, which can pose a serious fire risk. Properties next to grasslands need to ensure there are sufficient fire breaks between their properties and these grasslands," the Minister said.

The Minister also noted that scientists across the world have warned that due to climate change and global warming, fire seasons are becoming longer, and more extreme.

"Our country is no exception as we have seen by the late season fire which affected the Somerset West area last week. Allow me to take this opportunity to express my solidarity to all families and communities that lost homes and property in the devastating fire last week," Creecy said.