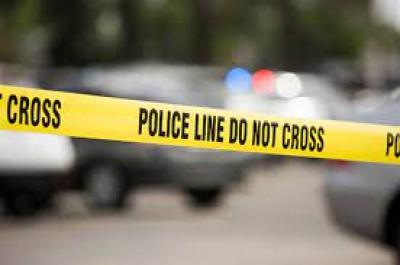 Police Minister Bheki Cele will on Friday visit the family of Warrant Officer, Mokgadi Joseas Mpepe, who was murdered while on duty on Monday.

In a statement, the Police Ministry said Mpepe, 53, who was a Gauteng flying squad police officer, was shot and killed while patrolling the N12. His partner sustained injuries and was receiving medical care.

Cele and the SAPS management will visit Mpepe’s family to comfort them at his Tembisa home in Ekurhuleni.

"According to police reports, members from the K-9 unit of the SAPS were patrolling along the N12 highway on Monday evening, when they noticed a state vehicle parked along the highway between Delmas and Daveyton.

"Upon closer inspection, members found the lifeless body of 53-year-old Warrant Officer Mpepe who has been shot in the head lying on the ground. His service pistol and handcuffs were missing, "said Police Ministry spokesperson, Lirandzu Themba.

His partner, 33-year-old Constable Vusi Nhlapho, was found on the scene in an unconscious state.

"The member was airlifted to a nearby Johannesburg hospital for medical care and is recovering there, "she said.

Meanwhile Cele has commended the commitment demonstrated by the community of Khayelitsha, especially its youth, for not allowing themselves to be by-standers but choosing to be active participants in the collective fight against crime.

On Youth Day, the Khayelitsha Development Forum (KDF) hosted a Crisis Response Summit attended by the Police Ministry, Civilian Secretariat for the Police and the SAPS management led by the National Commissioner of the SAPS General, Fannie Masemola.

More in this category: « South Africans urged to respect and protect rights of older persons. Road Freight calls for urgent action to secure safety of the trucking industry. »
back to top