Road Freight calls for urgent action to secure safety of the trucking industry. 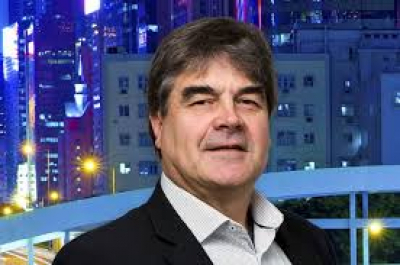 The letter, penned by the chief executive Gavin Kelly, warns that the country’s entire logistics chain is under threat due to violence and acts of sabotage.

The association's letter comes after the N3 highway was blocked for more than 24 hours this week, with over 350 trucks blocked in either direction. The N3 route links one of the busiest ports in Africa to many countries that rely on a well-functioning, safe and efficient corridor.

Road freight companies find themselves being targeted, attacked and being prevented from plying their business by forces under the pretext of foreign nationals ‘taking jobs away from citizens', Kelly said.

"The action discriminates against those companies who comply with all the legislated requirements, or even come from foreign countries – whilst our calls for action against those companies who continue to break the laws, employ foreigners without the correct authorisations and refuse to register or submit to the inspections done by the Department of Employment and Labour, continue to operate and create the position we, as a country, find ourselves in."

Other vital routes – from Mpumalanga across the country to the Northern Cape- including the N17, N11, N2, R59, and R74 – have experienced similar events and delays, Kelly said.

"The economic impact – initially felt and carried/absorbed by all the transporters stuck on the various routes – is not only enormous (we have already lost around R25 million in truck operating costs), but will cripple many of our smaller operators (88% of our Members are SMMEs), will have knock-on effects into all other industry sectors (from manufacturing to retail), will result in penalties for late delivery, damaged goods, contract breach and even loss of business and thereby unemployment.

Ships will sail past to other ports – they will not wait for us to get our act together. We will lose trade and business to and through South Africa. Our ports will become ghost towns – and the surrounding businesses relating to those activities of trade and support will close. More unemployment.

"When you add up all the damage and negative costs into the economy, we are well around R300 million already."

with truck drivers and is on the verge of concluding an agreement on the proposed interventions.

Transport minister Fikile Mbalula said his department is continuing discussions with truck drivers and is on the verge of concluding an agreement on the proposed interventions.

"I have been working around the clock with ministers of Labour and Employment and Home Affairs together with affected stakeholders to address the issues raised by truck drivers and small truck operators," he said on Wednesday evening.

"We have taken note of the complaints about the sluggish pace of implementing interventions in areas we have agreed upon."

Mbalula said that further discussions are scheduled to take place between the government and drivers on Sunday (19 June).

More in this category: « Bheki Cele visits family of slain Gauteng policeman. SAPS was aware about Ramaphosa farm robbery, but no response after – Namibian police. »
back to top