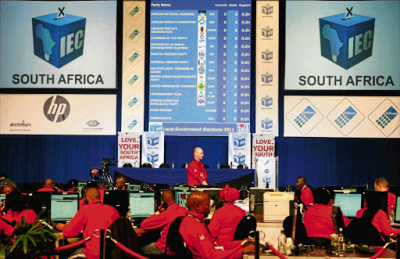 The Independent Electoral Commission says a Durban teacher convicted of voter fraud is guilty of abusing her position as electoral officer.

Nomusa Gabuza was this week handed a suspended sentence after she admitted stuffing a ballot box with 24 votes at her school during last year's municipal elections.

The National Prosecution Authority says she cast the extra ballots before polls could open to voters at the school where she worked.

The IEC says its system picked up on Gabuza's offence and she was arrested in November.

The Commission lauds the partnership with political party agents, the police, the National Prosecution Authority which ensured that Gabuza was not only caught but served with justice eight months after the crime was committed,” the Commission said.

It said the conviction and sentencing was a strong affirmation of the Commission’s systems which have now been strengthened with the introduction of the Voter Management Device, which makes double voting impossible.

More in this category: « Truck driver error caused horror Tshwane crash that killed 15 |Report. Durban to introduce water restrictions from next week. »
back to top