SA police service to start using drones across the country. 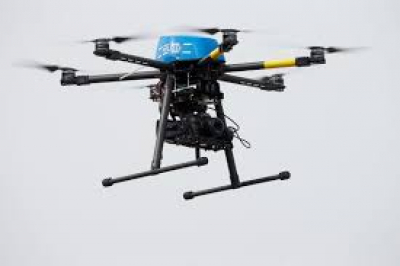 The South African Police Service (SAPS) is in the process of procuring new drones to be used in anti-crime and monitoring operations – particularly in rural areas.

Responding in a recent written parliamentary Q&A, police minister Bheki Cele said a total of 166 drones will be purchased in three phases, with the technology set to be introduced across its operations. “The current proposed model for drone deployment in phases one, two and three will include 43 localities,” the minister said.

Cele said that the drones are specifically being procured for use in:

The utilisation of drones in rural safety plans.

While the SAPS has already conducted a number of pilot programmes in areas such as Johannesburg, this marks the first time that drones will be used countrywide en masse as part of the national policing strategy.

Private security companies in South Africa have already used drones for anti-crime initiatives for several years, particularly in up-market complexes and estates where it can be difficult to track criminals on the ground.

Charnel Hattingh, head of marketing and communications at Fidelity Services Group, said that even in a secured complex, there is always a risk of burglaries and theft from inside and outside the complex and this is why many estates are now combining guarding options and electrified barriers with more high tech solutions like drones.

"We believe drones and the deployment of a mobile drone team, not only act as a highly effective visible deterrent to criminals, but also assist to immediately track down and locate criminal elements once an outer perimeter on an estate has been breached, or in any scenario where suspects are at large on a security estate."

She said the deployment of drones is ideally suited to security estates and will increase proactive crime prevention and the ability to plan crime prevention operations. It will also facilitate a more rapid response to live criminal incidents and scenes.

More in this category: « Limpopo man remanded in custody after assault on teen in Groblerspark. City of Joburg announces R1 billion green deal for City Parks. »
back to top