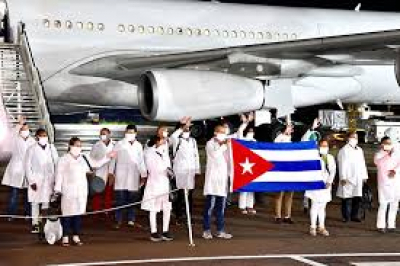 He said based on information extracted from the Personal and Salary System, as at 30 April, there were no Cuban teachers or nurses employed by the state.

Gondwe said in a statement the DA would apply terms of the Promotion of Access to Information Act to the Department of Labour to provide copies of the skills transfer plans for the Cuban doctors and engineers, as required by the Employment Services Act 4 of 2014.

"According to the act, skills transfer plans must be produced by the employer outlining how foreign nationals will transfer their skills to local South African employees or permanent residents during the course of their employment or assignment in South Africa.

"While South Africa has a shortage of doctors, because of budget constraints, the country is currently struggling to place and absorb locally trained medical graduates in need of the prerequisite community service. Similarly, recently qualified engineering graduates often find it difficult to find employment because employers generally want experienced engineers."

She added the Department of Labour must prove it had been actively fulfilling its mandate in ensuring compliance with skills transfer requirements with regard to the Cuban doctors and engineers.

With over a quarter of a billion rand having been spent thus far paying the salaries of these Cuban doctors and engineers, it raises the important question of whether they have been given permanent contracts in lieu of the skills transfer pans required by law," said Gondwe.