Khoi, Nama, San and sign languages to be officially introduced in SA's schools. 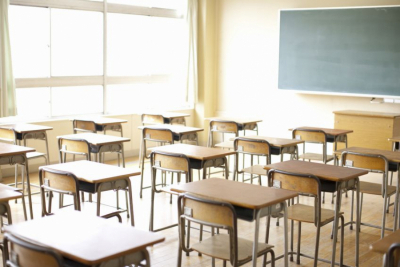 Basic Education minister Angie Motshekga has announced several changes to national assessments and subjects at the schools in South Africa.

Presenting her department’s budget vote in the National Council of Provinces (NCOP) , Motshekga announced that Khoi, Nama, San and sign languages will officially be introduced as additional subjects in South Africa’s school curriculum.

The minister also provided further details about the proposed policy shift to promote mother-tongue teaching and learning in schools.

"We increased the number of languages in the sector. We have added additional languages in our list of subjects; they are Khoi, Nama, San as well as African sign languages.

Had it not been for the disruptions of Covid-19, the introduction of Swahili in our schools would have started. We are still pursuing it and Tanzania and Kenya are willing to assist us to finalise plans to introduce the language in South African schools, "she said.

Motshekga also told the house that it was time for South Africa to begin a serious debate on mother-tongue teaching and learning, as currently children only learn in their mother tongue until grade three and then switch to English or Afrikaans as a medium for learning.

Motshekga gave an example of the Eastern Cape province, which has piloted mother-tongue teaching from grades 4 to 12. “It is showing that learners who have been taught in their mother tongue perform better. Other provinces are on their way and we will report soon about progress in mother-tongue instruction in our schools,” she said.

The minister also announced that the department will be introducing a general education certificate for grade 9. It is being piloted in 268 schools nationally and in 2023 it will be expanded to all districts.

The GEC is intended to formally recognise learners' achievements at the end of the compulsory phase of schooling. Its primary purpose is to facilitate subject choices beyond Grade 9 and articulation between schools and TVET colleges.

Under the current system, hundreds of students leave the school system each year without a qualification, hindering them from finding jobs, the department said.

While the department has reiterated that this is not an exit point for learners from the school system, the certificate will provide better decision-making for learners, especially those who may shift focus to more technical subjects and trades instead of a singular focus on a college or university education.

More in this category: « Patient found hanging from tree outside hospital in Mpumalanga. Zondo to hand over final instalment of state capture report next week. »
back to top