Zondo to hand over final instalment of state capture report next week. 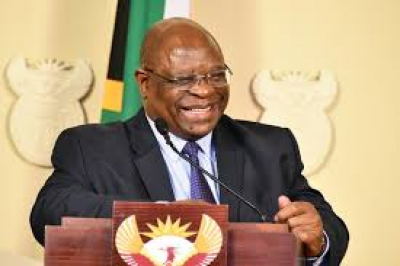 The Commission of Inquiry into State Capture says the final report will be handed over to Presidency on Monday after missing a court deadline earlier this week.

The commission, chaired by Chief Justice Raymond Zondo, was given a deadline of 15 June to complete its work and submit the fifth volume of the state capture report to the president.

The commission had previously been granted an extension until 30 April.

"The commission wishes to announce to the members of the media and the public that it was not able to submit the final volumes of its report to the president on 15 June due to certain challenges, the commission said in a statement on Saturday.

"The electronic report will, however, now be certainly submitted to the president during the evening [on Sunday], 19 June . The handover ceremony will take place on Monday, 20 June, at the Union Buildings in Pretoria at 6pm."

The Democratic Alliance (DA) had raised concern regarding the delaying of the report and had written to the commission over the matter.

The commission has already submitted four volumes of the state capture report to the Presidency.

The inquiry was announced in early 2018, and tasked with investigating allegations of state capture along with public sector corruption and fraud.

More in this category: « Khoi, Nama, San and sign languages to be officially introduced in SA's schools. Ankole cows among livestock on auction at Phala Phala farm. »
back to top