Ankole Heifer auctioned off for R1.65m with Ramaphosa's Bull selling for R650k. 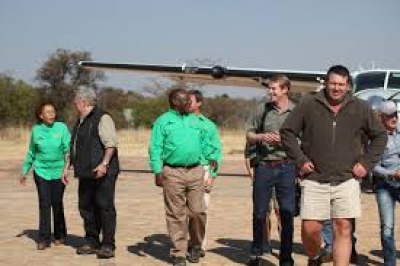 Security was tight at the farm but not all sales were of Ankole cows.

Some breeders sold the embryos and straws of semen belonging to these prized animals.

Ramaphosa is one of 16 breeders who had their cattle on show today. He was also present at the event which was closed to the media.

According to the auction house Veewinkel, the most expensive sale was of a bull, Cumulus, which was sold for R1.65 million. Cumulus does not belong to Ramaphosa whose heifer, Pata Pata, just sold for R675,000.

Another bull, Dollar, sold for R1 million. He comes with 1000 semen straws.

Meanwhile media was barred from covering the event and journalists were ordered by the police to move away from the gate of the farm.

The police said the farm was Ramaphosa's private residence and no journalist was allowed to enter. There was also no cellphone network signal outside the farm.

The event was not the first the president has had at his farm.

In his affidavit, Fraser claimed that about $4 million (R64 million) was stolen from the farm during a robbery in 2020.

He accused Ramaphosa of concealing the crime and not reporting it to the police.

He also stated that he had critical evidence, including images and videos of the robbery.