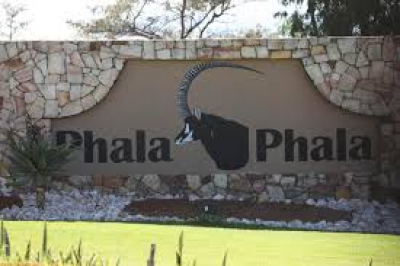 It emerged this week that Namibian authorities had indeed made contact with their South African authorities regarding the robbery at Phala Phala farm in 2020.

In a three page statement, Nampol Inspector-General, Sebastian Ndeitunga on Thursday revealed that Namibian police met with the South African Police Service (Saps) at "no man's land" on 19 June 2020 following the arrest of the suspects connected to the theft.

lmanuwela David, who was found in possession of 1,100 US dollars among other things, was arrested after entering Namibia illegally on 13 June.

David, however, returned to South Africa in November after paying a fine for unlawfully entering Namibia.

On Friday, a senior former NPA official who asked not to be named to protect his identity confirmed that he had seen two letters from Namibia seeking legal assistance from South African authorities.

"We were caught in a catch-22 situation. It was either we confirm to our Namibian counterparts that our president was robbed and expose the robbery that we were told to keep as a top-secret or ignore the Namibians hoping the matter would eventually disappear. But little did we know that it would come back and haunt us.

But NPA spokesperson Mthunzi Mhaga on Friday indicated that the prosecuting authority had not received any communication from the Namibian authorities regarding the matter.

Mhanga said the current leadership was unaware of this matter until it was made public and is not aware of any contact made by Namibian authorities on the matter".

Meanwhile, Lamola's spokesperson, Chrispin Phiri said the ministry has noted reports about the request for information from the Namibian authorities.

"We can confirm that there are ongoing engagements through diplomatic channels to establish whether there’s a record of the request," Phiri said.

South African authorities have been accused of participating in the alleged cover-up for the theft.

Former State Security Agency (SSA) director-general Arthur Fraser – who laid criminal charges against Ramaphosa due to the crime not being reported to Saps – in his affidavit claimed the suspects, including David, who broke into the president’s property were kidnapped, interrogated, and paid off to keep silent as a cover-up.

Ramaphosa has denied on his part, saying the alleged millions of US dollars – which were said to be found in couches and mattresses – were not the proceeds of crime, but from the sale of game.

In the audio clip, the alleged mastermind said he, along with his cousin, were informed about the cash hidden in a couch by one of Ramaphosa’s employees and then they decided to break into the president’s farm.

"She’s a cleaner. She came across a sofa full of US money, dollars. Then she sent a picture to my cousin. Erik said you must be lying, take a sample and bring it. She took a sample of 200 notes," he said.

"It was easy. We just walked inside… there was no armed robbery. We took out the window and went inside. We went to the sofa. It's a leather sofa," David added.

David also revealed that they walked away with $800,000 after the cleaner advised them not to take all the money.