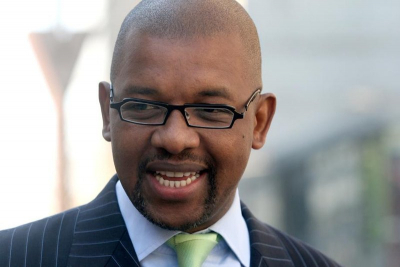 Advocate Dali Mpofu has been cleared by the Legal Practice Council (LPC), which regulates the conduct of legal practitioners for misconduct.

Mpofu was investigated by the Legal Practice Council (LPC) regarding his conduct at the state capture commission in March 2021.

Proceedings became heated at the time when Mpofu, who cross-examined Public Enterprises Minister Pravin Gordhan, told advocate Michelle le Roux, acting on behalf of the minister, to "shut up".

Mpofu also interrupted Chief Justice Raymond Zondo – who labelled his behaviour as "unacceptable" and "disrespectful" – when he attempted to control the proceedings.

The LPC previously concluded that Mpofu interrupted Zondo on numerous occasions and "did not uphold the accepted decorum in court".

The council also recommended that Mpofu be charged with professional misconduct.

LPC spokesperson Kabelo Letebele told City Press that Mpofu has since been found not guilty of contravening the council's code of conduct.

According to the publication, the ruling was made earlier this month on 2 June.

As part of his defence, Mpofu reportedly argued that Le Roux was his junior and he had felt disrespected by her reference to his cross-examination as "political grandstanding" disrespected during the televised sitting.

The advocate also indicated that Le Roux’s behaviour was condescending, and he perceived her attitude to be racist.

The Johannesburg Society of Advocates (JSA), in March this year, found Mpofu guilty of an ethical violation for telling Le Roux to shut up.

He was found guilty of violating Rule 4.12 of the General Council of the Bar’s Uniform Rules of Ethics.

Mpofu – as well as EFF leader Julius Malema – came under fire for their line of questioning during the interviews of Supreme Court of Appeal (SCA) Judge President Mandisa Maya and Gauteng Judge President Dustan Mlambo for the position of Chief Justice.

Meanwhile Mpofu's term as Judicial Service Commission candidate for Advocates for Transformation (AFT) has come to an end.

More in this category: « Ramaphosa honours Mbeki for his wisdom and contributions to democratic SA. DR Congo welcomes deployment of regional force to fight rebels. »
back to top