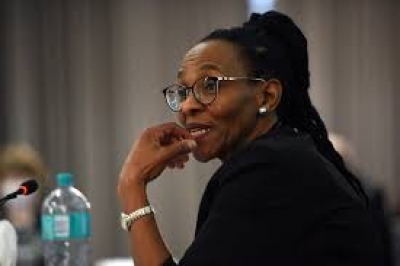 Following interviews with four shortlisted candidates, the Judicial Service Commission in February recommended Maya as the country’s next Chief Justice.

In a statement last month, the JSC confirmed that she had accepted the nomination.

Maya is the only candidate that the president has nominated for the job and in terms of the Constitution, as head of the national executive, he has the final say on who gets it.

"The JSC interviewed her and has since deliberated on the matter. The JSC [has decided] to advise the president that [Justice] Maya is suitable for appointment as the Deputy Chief Justice of the Republic of South Africa," Tshepe said.

During Monday’s proceedings, Maya was asked by Economic Freedom Fighters (EFF) leader Julius Malema about what she would do regarding leaks in the judiciary.

"It’s an extremely serious problem" Maya responded, adding that judges needs to put their heads together to prevent these leaks.

Maya has been described as a trailblazer in the judiciary due to her impressive track record.

If appointed as Deputy Chief Justice, she will be the first woman to hold the position.

Maya received three honorary doctorates and is currently the Chancellor of the University of Mpumalanga.

More in this category: « Eskom issues load shedding warning as system is constrained. BRICS partnership has great value for South Africa |Ramaphosa. »
back to top