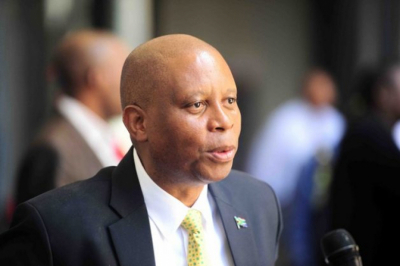 Lediga is a former member of the ANC’s Limpopo provincial task team, political analyst and CEO of the Patriotic Movement, a civil society organisation that promotes patriotism in South Africa.

ActionSA leader, Herman Mashaba, made the announcement on Monday in Limpopo.

He resigned from the ANC on (his) own accord, but that was some years ago.

"A friend introduced me to him and we’ve had several meetings including doing security checks and clearances to satisfy myself, cause’ it’s always difficult to get someone from the ANC, I think it’s a challenge to really get good people from the ANC, "Mashaba said.

Since the beginning of the year the party has launched between five to 10 branches in Limpopo every weekend, according to Mashaba.

"We have more branches in Limpopo than everywhere else in the country - it’s unprecedented, something I never expected to happen," he said.

"We are emerging as a party with national impact & we are developing structures, wall-to-wall, throughout South Africa that will deliver our 2024 offer to the doorsteps of all South Africans." - @HermanMashabahttps://t.co/6Y6HDS3lYT

More in this category: « BRICS partnership has great value for South Africa |Ramaphosa. Situation remains calm in Soweto amid service delivery protests. »
back to top