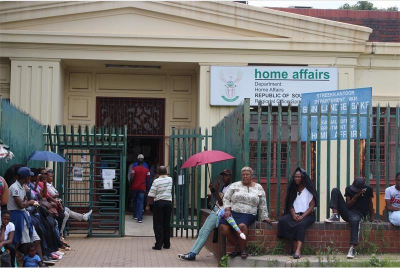 The Department of Home Affairs has moved to clarify misconception created about the patrolling of the border, in particular along the Limpopo River.

This comes after the Department became aware of the video which has been circulating on social media and other news platforms alleging that AfriForum has taken over the responsibility of patrolling the border line.

"This is blatantly untrue. Members of AfriForum in Musina are patrolling their own farms which are neighbouring the border line. They are certainly not patrolling the general border line outside their farms. If they were doing so, it would have been illegal," the Department of Home Affairs said in a statement.

The responsibility of patrolling the border line is that of statutory law enforcement agencies and they have not handed it over to any citizen or group of citizens.

"The Department wishes to also state that in line with the commitments made by Minister Aaron Motsoaledi in his Budget Vote Speech for 2022/23, the Border Management Authority is proceeding with speed and has finalised the appointment of the first cohort of Border Guards who will be deployed along the vulnerable segments of the border line," the department said.

"In executing its duties, the Border Management Authority will rely on lawful partnerships with other stakeholders that include the SA National Defence Force, SA Police Service and border communities,"the department said.

The department said it will communicate the progress it is making in securing the border line.

More in this category: « Situation remains calm in Soweto amid service delivery protests. Eskom implements Stage 2 load shedding from 5pm. »
back to top