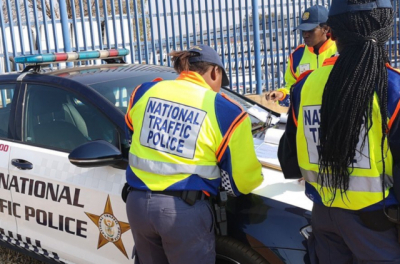 The Gauteng Traffic Police has called upon drivers to adhere to the rules of the road following the arrest of seven drivers aged between 32 and 60 for allegedly speeding.

"Excessive speeding significantly contributes to the high number of road fatalities in the province. We call upon drivers to adhere to the general speed limit on Gauteng major routes in order to save lives,"Gauteng Traffic Police spokesperson, Sello Maremane, said on Monday.

"The highest speedster arrested was a 41-year-old who was caught driving a Silver Mercedes Benz G63 at a 215km per hour speed on a prescribed maximum speed limit of 120km per hour on the N1 South. The speedster was detained at Sinoville police station. The driver claimed he was running away from hijackers upon his arrest," the Gauteng Traffic Police said.

The rest of the drivers were detained at various police stations such as Olievenhoutbosch, Olifantsfontein and Werdabrug amongst others. The arrests were made during a high-speed unit operation that was conducted along the major routes and freeways in Gauteng over the weekend.

The speedsters face charges relating to reckless and negligent driving with an alternative charge of exceeding the prescribed maximum limit of 120km/h on a freeway.

The Gauteng Traffic Police High Speed Unit meanwhile successfully clamped down on speedsters due to the use of the latest technological devices during their operations such as the Moving Violation Recorders (MVR).

The MVR records the average speed measured over a minimum of 500 meters. The event is recorded and downloaded for investigation and prosecution purposes.

The Gauteng Traffic Police says it has seen an increase in speeding-related arrests as it adopts new technologies – including Moving Violation Recorders (MVR).

MVR devices are increasingly being used on regional and residential roads as a way of tracking speeding drivers. An MVR records the average speed measured over a minimum of 500 meters. The event is then recorded and downloaded for investigation and prosecution purposes.

This is not dissimilar to the average-speed-over-distance (ASOD) technology which is currently being used on South Africa’s major national highways – including the N3 and the N1. An ASOD calculates the average speed of a vehicle, measured from the time it passes a camera until it reaches a second camera at a fixed distance away.

The cameras are carefully calibrated, and the technology can recognise the vehicle’s number plate. Time-stamped pictures are taken at both locations. Should the vehicle pass by the second camera in a shorter time than what it should, given the speed limit, it indicates that the driver was speeding.

More in this category: « Final state capture commission report to be handed over on Wednesday. Government, producers and labour welcome WTO vaccine landmark decision. »
back to top