Unions in talks with government to equal minimum wage across. 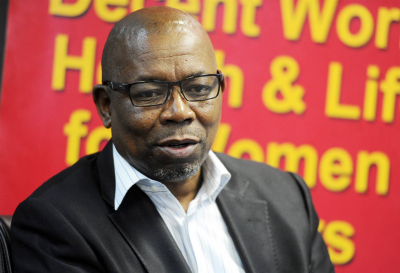 Labour unions are in discussions with the government to equalise minimum wages across all sectors.

In a statement, trade federation Cosatu said this includes the equalisation of wages for workers in the expanded public works and community work programmes.

The government most recently updated minimum wage on 1 March 2022, with the amount set at R23.19 for each ordinary hour worked, representing an increase of 6.9% from the minimum wage set in 2021.

Unlike in previous years, no specific worker groups have been provided exceptions, with the minimum wages for domestic workers and farmworkers now also set at R23.19 for each ordinary hour worked as part of a planned equalisation. However, workers employed as part of the expanded public works programme are entitled to just R12.75 per hour.

Expanded public works programme projects employ workers on a temporary or ongoing basis with government, contractors, or other non-governmental organisations. Because of the temporary nature and type of work, these jobs historically have not offered full wages.

Discussions around a new minimum wage in South Africa are set to take place later this year, with a formal change set to be made in March 2023.

While the 2022 increase was above inflation, 2023’s minimum wage discussions will have to consider record-high fuel prices, growing grocery inflation, and the possibility that government could introduce a formal basic income grant in its 2023 national budget.

The National Minimum Wage Commission, which typically makes its recommendations in November, considers the following factors when determining the annual adjustment:

-Inflation, the cost of living, and the need to maintain the value of the minimum wage;

-Employers’ ability to carry on their businesses successfully; the operation of small, medium, or micro-enterprises and new enterprises;

-The likely impact of the recommendation adjustment on employment or the creation of employment.

The National Minimum Wage Act was first proclaimed in 2018, setting a historic precedent in the protection of low-earning (vulnerable) workers in South Africa and providing a platform for reducing inequality and huge disparities in income in the national labour market.

In terms of the law, it is an unfair labour practice for an employer to unilaterally alter hours of work or other conditions of employment in implementing the national minimum wage.

The national minimum wage is the amount payable for the ordinary hours of work and does not include payment of allowances (such as transport, tools, food or accommodation) payments in kind (board or lodging), tips, bonuses and gifts.

More in this category: « Eskom extends stage 2 load shedding from Wednesday to Sunday. South Africa to strengthen ties with Russia, China and partners. »
back to top