Limited rail services to resume between East London and Gqeberha. 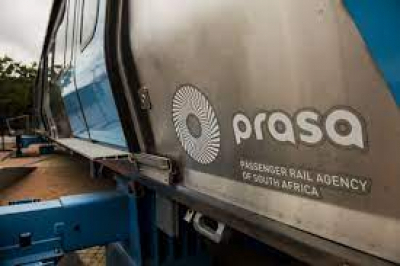 Nearly seven months after train services across the Eastern Cape were ground to a halt, the Passenger Rail Agency of South Africa (PRASA) says it will resume operations using diesel trains on Thursday.

This comes after the line was closed in January due to severe vandalism rendering the network unable to operate.

This week, the rail agency announced, in a statement, that it will be using diesel locomotives as an interim measure to resume operations in parts of the province.

An adjusted train timetable has been created to cater for the limited service.

"The region originally operated both diesel and electric trains. However, the severe vandalism left the region unable to operate due to cable theft.

"As an interim measure, PRASA has made available diesel locomotives in order to return the service while repair works continue on the lines," the agency said.

This is part of PRASA’s strategic commitment to return services in all its operational regions through key interventions such as operating non-electric trains in the interim.

"We are recovering our services Corridor-By-Corridor. Train drivers are currently busy with conversion training classes in both East London and Gqeberha that is expected to take five days.

"The testing of the operational lines commenced last Monday and took seven days to complete as part of passenger and employee safety.

Meanwhile PRASA says it is clamping down on traders who lease out their allocated space at its stations to people who should not be trading.

This comes after allegations made in the media by someone who purports to be a member of Operation Dudula claiming that South Africans are excluded from trading opportunities at its various premises/stations.

More in this category: « South Africa to strengthen ties with Russia, China and partners. Eskom could move to stage 3 load shedding or higher if more generation units fail. »
back to top