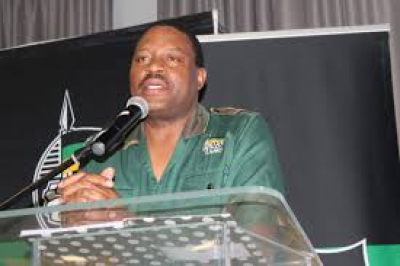 The African National Congress (ANC) in Gauteng said it's all systems go for the highly-anticipated provincial elective conference, set to get underway on Thursday, in Benoni.

Panyaza Lesufi will go head-to-head with Lebogang Maile for the top spot at the province's 14th elective conference - despite some disputes at branches and regions.

A total of 1 133 delegates from various branches are expected to take part in the voting process, including 105 delegates from the provincial executive committee.

ANC provincial secretary Jacob Khawe confirmed that the provincial leaders had met party officials last week to discuss the Ekurhuleni conference, which was marred by violence and chaos.

People in the ANC national working committee  (NWC) had earlier said that national chairperson Gwede Mantashe had described the Ekurhuleni event as shambolic and some committee members had called for it to be rerun. The NWC is said to have recommended that the matter be discussed at the next NEC meeting.

At least 19 votes were quarantined from the regional conference after the process of verifying credentials turned chaotic, with five branches represented by 19 voting delegates disputed.

Divisions also played out during the conference in Tshwane, the second largest ANC region in Gauteng. Disgruntled members attempted to collapse the meeting, claiming that branch disputes had not been attended to and that the conference was not properly constituted.

He said the Gauteng provincial executive committee (PEC) condemned the bad behaviour of some of its members at the two conferences.

Khawe said the PEC had held discussions with the disputes appeals committees on Monday to ensure that, by Wednesday, all conflicts were resolved and to avoid disruptions.

He added that another problem was political leaders who mobilised members to do their bidding, accusing those standing for positions of creating "problems in the interest of influencing members".

He added that the West Rand region had failed to hold its conference, having only held 63% of its branch general meetings against the required 70% threshold, and was unlikely to do so before the provincial elections.

Despite abuse allegations, Khawe believes branches will re-elect him because the party has not collapsed under his watch.

The four-day conference will begin with Thursday's proceedings, which have been set aside for administration and the discussion of the national policy documents. Credentials and the rules of the conference will then be adopted on Friday.

The conference will close off on Sunday – the 67th anniversary of the Freedom Charter - with ANC President, Cyril Ramaphosa, expected to address delegates.

More in this category: « Government sued over sale of SAA in R51 deal to Takatso consortium. Ramaphosa calls on BRICS to peacefully resolve conflicts around the world. »
back to top