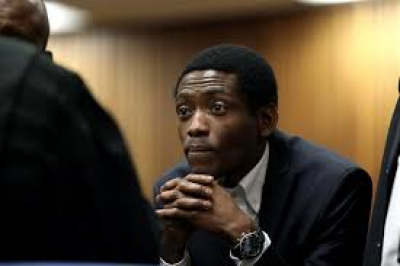 They were also convicted of the attempted murder of  Bozwana's business partner Mpho Baloyi, possession of a firearm and ammunition.

They had pleaded not guilty to all charges relating to the shooting that happened on October 2 2015.

The trial which lasted nearly five years spent a lot of time with evidence from cellphone experts, which placed the accused on the crime scene.

Judge Papi Mosopa convicted them on the doctrine of common purpose and found that the murder of Bozwana was premeditated.

The judge said "it is not clear if the murder was planned months, weeks or days ahead, but it is clear that the plan was to murder him on the morning when Bozwana and Baloyi visited Sandton Square, where they went to a beauty salon."

The judge added "it is clear from the evidence that the cellphone devices of the accused followed Bozwana and Baloyi from where they were at Sandton Square on the morning of October 2 2015, up to where bullets were fired into the vehicle at the N1 Garsfontein highway off-ramp.

National Prosecuting Authority in a statement said: "Hudla, Mutapa and Khumalo followed the deceased who was at Sandton, Mandela Square, in Johannesburg with his business associate Betty Mpho Baloyi [on the day of the incident], on instruction by Mathibela.

"When the deceased and Baloyi were leaving Sandton to drive back to Pretoria, they were using Baloyi's car and she was driving. The three men continued to follow them until they reached the Garsfontein off-ramp, and the traffic lights were red.

The three men got out of the BMW car they were driving and started shooting at Baloyi's car and fled the scene. Both the deceased and Baloyi were shot, however, Baloyi managed to drive until she stopped at Garsfontein Road, when police and emergency services arrived."

"Bozwana and Baloyi were taken to the nearest hospital, where he later died due to multiple gunshot wounds."

Justice for businessman Wandile Bozwana and family as those charged with his heinous "assassination style" murder, including much feared Vusi 'Khekhe' Mathibela, are convicted. The state proved its case beyond reasonable doubt. pic.twitter.com/97cpYAt92U

The case was postponed to August 4 for sentencing.

More in this category: « Ramaphosa calls on BRICS to peacefully resolve conflicts around the world. Government plans massive transformation push in the workplace. »
back to top