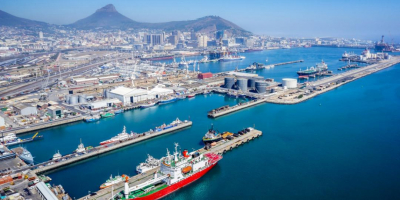 The Transnet National Ports Authority (TNPA) has confirmed that two vessels in the Port of Cape Town are being held off port limits after a crew member on board one of the vessels began to exhibit symptoms of COVID-19.

It has been established that the crew member had been on a flight with a fellow crew member and six passengers who went on to board a cruise vessel at the port.

This is the first suspected case of COVID-19 in a South African sea-port.

TNPA said the two crew members had flown into the country from Istanbul, Turkey, on 9 March 2020.

Only one of the two is showing signs of being ill, however, both have been placed in isolation on board the general cargo vessel, which is called MV Corona.

“The vessel sailed on Friday, 13 March from the Port of Walvis Bay in Namibia with 1240 passengers and a total crew of 486 on board. The ship was on her voyage back to Cape Town, when TNPA was informed by Port Health Cape Town that six passengers had been on the same flight as the two MV Corona crew members,” it added.

“The ship arrived outside the Port of Cape Town on 15 March 2020. A Joint Operation Centre (JOC) was set up on 16 March 2020 inclusive of TNPA Harbour Master, MRCC, Port Health and a specialist doctor. After careful consideration of the facts by the JOC, the vessel was permitted to dock on the 16 March 2020,” it pointed out.

“The six passengers have been evacuated and taken to the hospital for testing and thereafter will be taken to a quarantined area arranged by Port Health officials. The rest of the passengers would remain quarantined on board until the test results for the six are received, thereafter a decision will be made based on the results,” TNPA added.

Tweet
More in this category: « South Africa's courts will remain open for now despite growing fears around the spread of the coronavirus. Lindiwe Sisulu: People living in the informal settlements are at high risk of contracting and spreading the virus. »
back to top