Step-aside rule seems to be more of a headache for the ANC. 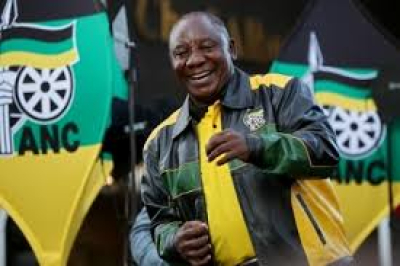 The African National Congress (ANC) its on the second day of the national policy conference that is currently underway in Nasrec, South of Johannesburg, that is beset by internal divisions and the country's economic woes.

The policy meeting is seen as a preview of the ANC's December conference where it will elect its leader.

Day two of the conference saw party members break into commissions to tackle party policy documents that were disseminated to branches at least three months ago.

Among the controversial policies discussed at the conference is the ANC’s step-aside rule, which demands that party leaders facing corruption charges must resign from their positions. The policy has worsened divisions within the party, as some of its leaders forced to resign claim the rule is being used by ANC president Cyril Ramaphosa to sideline political rivals.

ANC Mpumalanga chairperson Mandla Msibi has warned that scrapping the step-aside policy would lead to the party's demise in government.

Ndlovu said the province argued that the ANC could not reverse its position on the matter.

The policy conference calls for criminally charged leaders to step aside from their positions and, pending the outcome of their cases, they are not allowed to contest party elections.

"Those who call for the scrapping of step-aside, they must know we will be scrapping ourselves out of government," said Ndlovu.

He said the ANC was "very sober" when it took the decision at the last national elective conference.

Speaking to the media on the sidelines of the ANC’s national policy conference, former deputy president Kgalema Motlanthe suggested that the step-aside rule was not necessary, as the ANC’s constitution states clearly what should happen to members accused of wrongdoing.

He said the constitution was very clear that members prosecuted for over 12 months without the option of a fine should be terminated from the party.

Motlanthe also said he believes the group of elders must be given authority to implement it's recommendations as the party fights corruption.

The integrity commission recommends to the national executive committee what steps need to be taken against members who have brought the party into disrepute. It is the NEC that makes the final decision.

Newly elected ANC KwaZulu-Natal secretary Bheki Mtolo hit out at party members criticising the province's call for the resolution to be scrapped.

Mtolo insisted his province is making the right call for the removal of the contentious step-aside resolution.

He said it is being used in factional battles and is likely to have an adverse impact on the December national conference.

African National Congress Chairman Gwede Mantashe said ANC won't change a rule that compels indicted officials to step down from their roles when it meets this weekend to discuss its policy objectives.

"There will be no change of policy in this conference," Mantashe said.

Removing the step-aside rule may enable opponents of Ramaphosa to challenge him when the party elects its leaders at a conference in December.

The conference is to adopt policies to address urgent problems such as South Africa's 35% unemployment rate, rising poverty levels, corruption, and the faltering economy.

The policy conference will also test Ramaphosa's support ahead of the crucial December conference where he will seek re-election as the ANC's leader.

More in this category: « Vantage delivers it's first data centre in Joburg ahead of schedule. ANC growth of million membership was quality not monitored |Mashatile. »
back to top