ANC growth of million membership was quality not monitored |Mashatile. 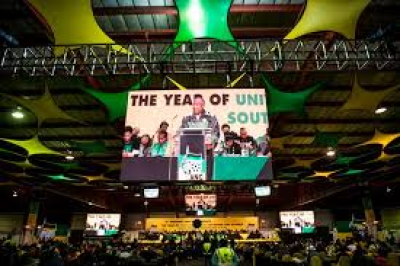 The ruling African National Congress (ANC) wants all party members to renew their membership regardless of how long they have been with the party.

This is one of the policy recommendations tabled during the ANC’s policy conference on Saturday in Nasrec, Johannesburg

ANC treasurer general Paul Mashatile told the sixth policy conference that the party may have had a million members, but the poor quality of many of them has weakened the organisation.

Mbeki said the ANC faced the challenge of leadership where it could not be fully confident of the leaders it put forward for people to support.

He said instead of this reflecting that the ANC was attempting to cushion its image, it reflected the party's declining quality of leadership.

Mbeki quoted former ANC president Nelson Mandela's 1997 speech which raised concerns about the impact of membership and careerism in the party.

An example of how unconfident the party was of its leaders, it decided to involve communities in its candidate selection process for the 2021 elections.

This is, of course, nothing new, and the lament about corrupt comrades stretches back a couple of party elective cycles, certainly back to Polokwane in 2007, the first elective conference I attended.

Mashatile added that the growth of the ANC with its million members wasn't an entirely positive outcome because its membership quality wasn't monitored.

The ANC has come under fire with 200 of its members appearing in the commission of inquiry into state capture report by chief justice Raymond Zondo.

Once vetted and verified, these members are expected to present themselves at the party’s integrity commission in two months.

Following that, the integrity commission is expected to complete its work in six months.

"The second area of renewal has to do with how we ensure that the members and leadership we have in the organisation represent the best in society, Mashatile said.

"Our Constitutional amendment suggested we need to introduce in our December conference much stricter requirements for ANC membership. For example, at the moment, if you pay R20 a year you can join the ANC and there’s no other requirement.

More in this category: « Step-aside rule seems to be more of a headache for the ANC. ANC proposes complete overhaul of SA's immigration system. »
back to top