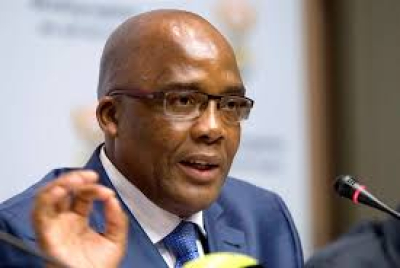 Motsoaledi says he has presented a discussion document proposing this move within the ANC structures.

"What we are sharing in the document is that we need the overhaul of the whole immigration system in the country. We are seeing that from 1994, the ANC as a party never developed a policy on immigration," said Motsoaledi.

He said recently-passed legislation had allowed government to establish a Border Management Authority, and this was done two weeks ago.

Motsoaledi said the country had three acts which governed asylum seekers, citizenship and migration, but often these acts were used against each other in legal processes.

"Now all those Acts deal with immigration, but there is no over-arching policy that connects them together and says this is the policy direction. Now, this document is trying to develop that, but also picking up on issues that have been problematic for the past 28 years," said Motsoaledi.

There is a high influx of Basotho and Zimbabwean nationals to South Africa seeking employment.

He added the gap in policy was evident in labour relations, with employers abusing the gaps created between South Africans and foreign nationals.

Motsoaledi said another problem was that some foreign nationals, refugees and asylum seekers were illegally obtaining permanent residency in the country.

He added there had to be a clear distinction in law between asylum seekers and economic migrants, saying nothing in the law at the moment distinguished between the two.

As part of a more significant policy framework on migration, the ANC is proposing overhauling the citizenship laws that deal with immigration.

ANC branches will have the final say on whether the party adopts these proposals at its national conference in December.

More in this category: « ANC growth of million membership was quality not monitored |Mashatile. Malema express his gratitude to EFF supporters at the anniversary celebration. »
back to top