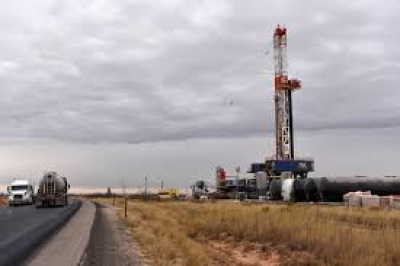 The Department of Water and Sanitation says it has noted the concerns raised by the Richmond community over unconventional gas drilling and the possibility of the fracking activities contaminating water resources, particularly groundwater resources in the area.

The concerns were raised during public engagements on Unconventional Gas Regulations held in the Richmond Town Hall, Northern Cape.

The engagement, which aimed to inform the affected communities about the regulations, was held between the department, Richmond community members, and the farmers of the Karoo area. Richmond is in the Karoo area, which is water scarce.

The Department of Water and Sanitation was tasked with the responsibility of formulating regulations that will oversee the hydraulic fracturing, commonly known as fracking, which is an activity of drilling underground to extract gas by the gas industries.

The activities were announced in Parliament but were found to have an adverse impact on the environment due to the chemicals used during fracking.

Department spokesperson, Sputnik Ratau, said given that the department's sole mandate is to protect, manage, control and develop water resources, regulations guiding the activities of fracking were developed.

"The regulations will regulate these activities because they have a possibility of contaminating water resources, particularly groundwater. The department formulated these regulations as mandated by the National Water Act.

"Richmond is a semi-rural area, with farming as its main economic activity. There are several boreholes that were dug by the municipality, as well as by the farmers," Ratau said.

During the engagements in Richmond, departmental officials tabled the regulations that guide unconventional gas activities and the community members made their valuable inputs regarding the matter.

Community members expressed concern that there won’t be space for the drilling of unconventional gas because of the multiple boreholes that have already been drilled.

A local farmer with a community of about 50 families in Richmond, Jozua Theron, raised concern about the high usage of water during the drilling, warning that fracking needs a lot of water.

"It may use approximately 24 Olympic [size] swimming pools to execute the gas drilling activities, and this in itself will exacerbate the water supply challenges that we already have in this area.

"Not only will fracking bring environmental and socio-economic problems, but it will also add to the water supply challenges to the community of Richmond," Theron said.

More in this category: « Nkoana-Mashabane to deliver keynote address at the launch of Women’s Month. ANC revives plans to introduce a new tax on wealthy to fund its basic income grant. »
back to top