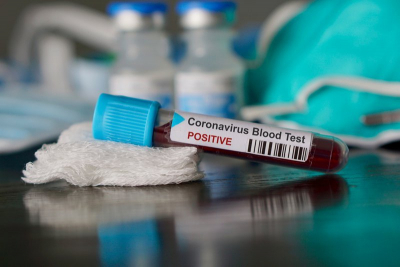 India's 1.3 billion people have joined the global lockdown triggered by the outbreak as the World Health Organization (WHO) expressed concern at the acceleration of the pandemic in the United States.

Germany recorded 4,191 new cases of the coronavirus and 36 more deaths, raising the total number of infections to 31,554.

The White House and Senate leaders of both parties have struck an agreement on a sweeping $2 trillion measure to aid workers, businesses and a healthcare system strained by the rapidly spreading coronavirus outbreak.

Over 109,000 of the 424,000 people diagnosed with the disease have recovered, according to data collected by Johns Hopkins University. More than 18,900 people have died from COVID-19.

Cases in South Africa rise to 709:

Coronavirus cases in South Africa has risen to 709, from 554 on Tuesday, health minister Zweli Mkhize said, speaking on the news channel SABC.

Confirmed cases of the coronavirus in Germany have risen to 31,554 while 149 people have died of the COVID-19 disease, according to statistics from the RKI health institute.

Cases rose by 4,191 while the death toll increased by 36, the tally showed.

About 60,000 migrant workers living in Thailand have left the country since authorities shut malls and many businesses on the weekend, a Thai interior ministry official said.

The official told Reuters 60,000 migrant workers from Laos, Cambodia and Myanmar had returned home as of Tuesday.

The country has closed its land borders, told people to stay at home, and closed most businesses in an attempt to curb the virus.

The number of people in France who have died from coronavirus is much higher than the official daily government tally, which only accounts for those dying in hospitals and does not include those dying at home or in retirement homes, the head of the hospitals federation said.

"We only know the data provided by hospitals... The increase in the official data is already major, but the absolute numbers would no doubt be effectively much higher if we aggregated what is happening in retirement homes as well as the people who die at home," Frederic Valletoux, president of the French hospitals federation, said on France Info radio.

Tweet
More in this category: « Rights group slams Bob Hewitt release before completing his six-year sentence. Thulas Nxesi: Workers who will be affected by lockdown or become ill during the outbreak will receive adequate support. »
back to top