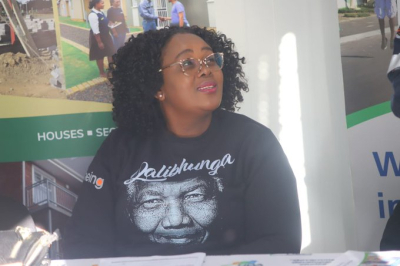 The Bureau of Economic Research (BER) says a wealth tax could lead to the reduction of the tax base over time as a small group of affluent South Africans try to prevent a higher tax burden.

The ANC’s national policy conference, held in Nasrec, South of Johannesburg over the past weekend, indicated that key members of the ruling party continue to favour some form of wealth tax to fund a basic income grant.

Mmamoloko Kubayi, the party's head of economic transformation said the ANC plans to introduce a new tax on the wealthy,

The proposal, first mooted at the ANC’s national conference in 2017, calls for an appropriately structured wealth tax, possibly linked to a land tax, to promote equity and raise revenue.

The target should ideally be the top 5% of high net worth individuals, and estates with significant assets, said Kubayi.

Economic researchers from BER said that a wealth tax could lead to a reduction in the tax base over time as taxpayers decide to emigrate to avoid a higher, potentially prohibitive tax burden. “Therefore, a wealth tax is unlikely to be a sustainable funding option, "said the BER.

Various economists have shared this sentiment, with a recent Intellidex report predicting that some taxpayers may withdraw from the tax system altogether by relocating to jurisdictions where taxes are lower and where they feel they may receive a better return on the taxes they pay.

Intellidex added that emigration is a potentially severe threat to the tax system’s medium- and long-run stability.

One of the major problems with a wealth tax is that because so few people fall in the super-rich category, it would need to be set at a very high rate to raise the required revenue for a BIG, "said the BER.

"We’ve seen an increase in client inquiries around immigration, dual citizenship and the externalisation (offshoring) of assets," said Hannes van den Berg, CEO at Consult by Momentum. "This has the effect of causing severe leakages in our tax bucket."

He said that the country’s tax options have become increasingly limited against the current economic backdrop of slow growth, load shedding, skyrocketing unemployment and rising inflation.

He said that the government knows there is no real wiggle room to increase personal income tax. "Any attempt to increase the individual tax burden could push South Africans over the edge and cause resistance, as we recently saw with the e-toll rebellion."

Van den Berg said that a small minority of South Africans are paying an inordinately large amount of tax, but are not experiencing satisfactory service delivery – leading to further frustration. “The outtake is that law-abiding citizens who see tax as being integral to a functioning society are growing concerned about dutifully paying their taxes and seeing little return.”

The BER said that a wealth tax stands in contrast to other funding methods, including increasing the VAT rate or the personal income tax rate for all taxpayers.

Before the conference, the ruling parties’ subcommittee on social transformation proposed that the country formally introduce an R350 basic income grant.

The proposed grant is priced in line with the social distress relief grant administered during the Covid-19 pandemic for those without an income.

Beyond Covid-19, the subcommittee said the grant could be extended and expanded as a basic income grant to address socio-economic inequalities across the country that affect the most vulnerable in society.