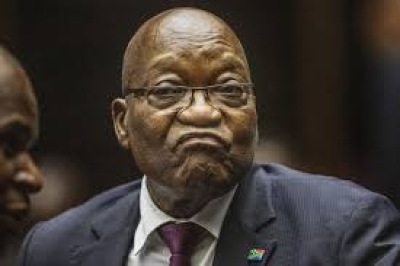 Former President Jacob Zuma's corruption trial has been postponed until 17 October, to allow the Constitutional Court to rule on his latest legal bid to remove advocate Billy Downer as his prosecutor.

The Zuma Foundation earlier confirmed that the former president will not attend proceedings as it is expected to be procedural in nature.

During the previous appearance, Judge Piet Koen had adjourned the matter, pending an outcome of a "reconsideration" application to the Supreme Court of Appeal president Mandisa Maya.

Zuma wants Downer removed from the case, a request that has already been denied by the High Court and the SCA.

He had also filed an application to the Constitutional Court to appeal the dismissal of a special plea.

Downer informed the high court on Monday the ConCourt was yet to rule on Zuma's leave to appeal application. The application was filed on 10 June and the state responded on 17 June.

Since 17 June 2022, we've been waiting for the resolution of the issue in the Constitutional Court.

"We've made our own inquiries through the State Attorney, and we’ve determined that the issue has not been resolved. There has been no order issued out of the Constitutional Court," Downer said.

Zuma in on trial for fraud, corruption, money laundering and racketeering.

More in this category: « Proposed wealth tax could contribute to further emigration of South Africans|BER. Mkhwebane had no recollection witness was at site visit - photos shows otherwise. »
back to top