Mkhwebane had no recollection witness was at site visit - photos shows otherwise. 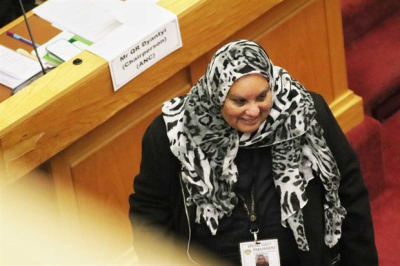 Suspended Public Protector Busisiwe Mkhwebane has dismissed claims that she shielded Free State politicians from being investigated, in the Vrede Dairy Farm investigation.

Sphelo Samuel, the recently reinstated head of the Public Protector's Free State office, has been cross-examined for a third day at Parliament’s impeachment inquiry.

He said it was former Public Protector Thuli Madonsela who insisted politicians' roles should also be probed: "The specific person I asked for a subpoena, was advocate Mkhwebane".

But lawyer Dali Mpofu put it to Samuel that it was in fact Mkhwebane, and not her predecessor, who insisted the investigation should include politicians. "The first time there was any suggestion of there being involved in maladministration was round about let's say March and June 2017 when the current PP started cracking the whip on this report," said Mpofu.

The inquiry has heard the Vrede Dairy farm investigation file, which should contain previous drafts of the report, can not be found at the Public Protector's head office.

In his testimony, Samuel said Mkhwebane gave him instructions not to include findings against Magashule and Zwane in the investigation into the Vrede dairy farm.

According to him, this instruction took place during a site visit to the farm in question.

Mpofu said Mkhwebane had no recollection Samuel was at the site visit. He said they would prove this, but the Office of the Public Protector was obstructing them from obtaining the necessary documentation.

Mkhwebane would "refute with the contempt it deserves" Samuel was present at the Vrede site inspection, Mpofu said.

Samuel insisted he was there and the private conversation with Mkhwebane took place.

Evidence leader Advocate Ncumisa Mayosi flighted a picture taken at the inspection, with Samuel standing next to Mkhwebane. 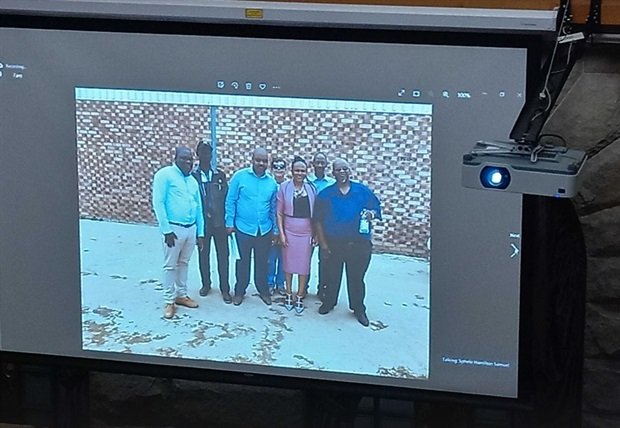 A photo taken at a site inspection at Vrede dairy farm. Samuel is standing at the right, Mkhwebane, in pink, is standing next to him.

"This is just abuse of the Public Protector." Evidence leader Advocate Nazreen Bawa SC, says they should have sent the photos to Mpofu.

There was no intent to ambush him, she has technical difficulties. She apologises about the pictures.

More in this category: « Jacob Zuma corruption trial postponed to 17 October. SAPS unveil plans to tackle mass shootings - including roadblocks and deployment. »
back to top