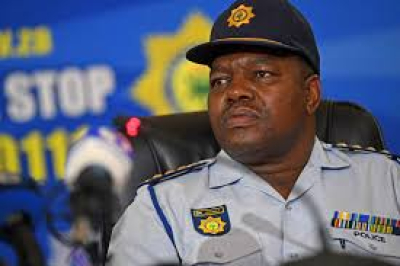 Following a spate of mass shootings around the country, South Africa's provincial commissioners are mobilising maximum resources towards preventing more such incidents and apprehending the perpetrators.

Recent weeks have been marred by incidents of shootings that have resulted in multiple murders and injuries in mostly KwaZulu-Natal and Gauteng.

The National Commissioner of the South African Police Service (SAPS), General Fannie Masemola, said some of these firearms, ammunition and dangerous weapons were seized during roadblocks, as well as stolen vehicles and drugs.

Masemola was updating the nation on Monday in Pretoria on measures in place to address crime in the country.

"This reflects our determination as management of the SAPS to intensify our efforts, dealing decisively with the proliferation of illegal firearms, thus reducing the volumes of serious and violent crimes," he said.

Masemola said there is an indication that in general, most serious and violent crime is committed between Fridays and Mondays.

Taking from this, the General said that all provinces are now conducting simultaneous blitz operations with high visibility and combat operations throughout the weekend.

These entail cordon and searches, as well as intelligence-driven, multi-disciplinary, disruptive operations.

"Tighter enforcement of the Firearms Control Act, the National- and Provincial Liquor Acts, and the Second Hand Goods Act, as well as strategic mounting of roadblocks, are operational interventions against which Commanders are now being measured," he said.

Station Commanders are now expected to align their daily duties and reporting to the Crime Threat and Pattern Analysis of their local policing precinct.

Over 20 000 suspects arrested in July

The police have arrested over 22 320 suspects across the country in July for crimes committed against members of communities.

He commended the Western Cape Organised Crime Detectives for the diligent investigative work that ultimately resulted in a life sentence for the 2016 murder of Pasika Kwaza.

This comes after his wife was sentenced to 12 years imprisonment for murder and 18 months for defeating the ends of justice.

One of the accomplices was handed a life sentence, while the other two were also slapped with long term imprisonment sentences.

Masemola also commended the Gauteng FCS Detectives whose quality work enabled the life sentence handed down on Ntuthuko Shoba in relation to the brutal murder of Tshegofatso Pule last year.

"I have directed the Divisional Commissioner: Detective and Forensic Services as well as the Provincial Commanders that this is the skill-set, the energy, diligence and commitment that each victim of Gender-Based Violence and Femicide, deserves," he said.

Masemola assured South Africans that the multi-disciplinary team of investigators assigned to the West Village incident of multiple rapes of eight young women, will leave no stone unturned in ensuring that the suspects are ultimately linked to the crimes and face the full might of the law.

Masemola confirmed that no criminal case was opened with the police following a theft at President Cyril Ramaphosa's Phala Phala farm in Limpopo.

Fraser accused Ramaphosa and Rhoode of concealing a burglary at the farm in February 2020.

He also alleged that at least $4 million in cash, which was hidden in a couch, was stolen. But, instead of reporting the matter to police through normal channels, a cover-up operation was conducted following an illegal investigation, according to Fraser.

He said the investigation into the theft at Phala Phala was ongoing.

The commissioner said he had deposed an affidavit regarding the investigation.

While Masemola did not go into the details of his affidavit, he confirmed there was no record that a police case had been opened following the theft, but said he was sure Rhoode would explain himself.

Masemola also confirmed that Ramaphosa had reported the crime to Rhoode, who is a member of the South African Police Service.

"Like yourself, if you are home and there's a break-in, you phone the police," he said.

More in this category: « Mkhwebane had no recollection witness was at site visit - photos shows otherwise. ANC rifts behind push for new South African central bank mandate. »
back to top