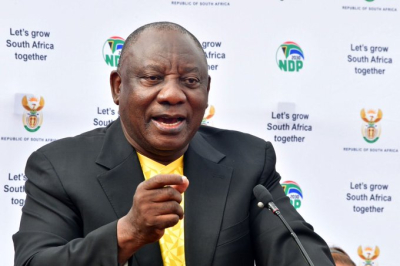 The  African National Congress (ANC) is proposing that the South African Reserve Bank’s (SARB) mandate be changed – while the party also wants the nationalisation of the central bank to be accelerated.

The party held its policy conference this weekend, where the topic of the Reserve Bank was a hotly debated issue.

A key proposal – which has been bandied about by the governing party for the last decade – is to move the Reserve Bank’s mandate beyond inflation targeting to include tackling unemployment.

At a media briefing following the conference, chairperson of the economic transformation committee, Mmamoloko Kubayi, said the Reserve Bank should assist the party in supporting employment and contributing to job growth, over and above the issue of inflation targeting.

However, because the Reserve Bank’s mandate is enshrined within the constitution, making changes to it has proven to be difficult.

Under Section 224 of the Constitution of South Africa, the SARB’s primary objective is to protect the currency's value in the interest of balanced and sustainable economic growth in the Republic. The SARB, however, also protects and enhances ﬁnancial stability and mitigates systemic risk to the country’s economy.

Kubayi said that the party wouldn’t go the way of making constitutional amendments to change the bank’s mandate but said it must find some kind of mechanism to do so.

Finance minister Enoch Godongwana said that a mandate change could be achieved through non-legislative means.

"As the mandate is to maintain price stability in the interests of growth, you could say it should take into account growth that leads to employment generation,He said.

Regarding the nationalisation of the Reserve Bank, this has been on the cards ever since the ANC adopted it as policy in 2017. However, president Cyril Ramaphosa's administration has been slow to act on the policy, noting the potential implications this could have on the economy.

Delegates from the conference said they want this process to be accelerated.

In his closing remarks of the conference, Ramaphosa said that the private ownership of the Reserve Bank is a 'historic anomaly' and that the people of South Africa should fully own it.

"Delegates urge the ANC government to find mechanisms to restructure the bank’s ownership in a manner and pace that take account of the likely cost implication for the fiscus," said Ramaphosa.

He said that all necessary alterations to the financial outlook of the country would be done in line with a fiscal policy that ensures the national debt is maintained within sustainable limits.

Ramaphosa said the calls for a change in the SARB’s mandate and ownership structure in the latest conference reaffirmed the resolutions outlined in the previous national conference in 2017.

However, not all delegates were in favour of these proposed changes.

ANC chair Gwede Mantashe said that because the party had so far failed to implement the changes, it should rather move away from some of the 'ill-considered' resolutions adopted in 2017 – one being the nationalisation of the bank.

In 2017, the SARB said that the process of changing the ownership structure of the SARB could raise the level of risk and uncertainty for the country in both a financial and economic policy sense.

More in this category: « SAPS unveil plans to tackle mass shootings - including roadblocks and deployment. Death toll in the Tembisa electricity tariff protest has risen to four. »
back to top