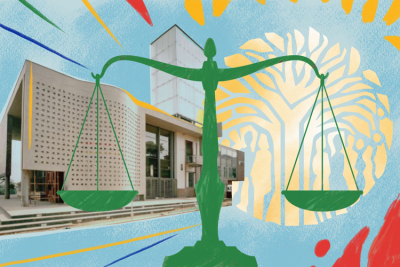 There has been another delay in the fraud and corruption trial of former eThekwini mayor, Zandile Gumede, and 21 others. The Durban High Court has postponed the matter again.

A similar scenario played out on Monday when legal representative Carl van der Merwe, representing Bongani Dlomo and his wife Khoboso, directors of Omphile Thabang Projects, a company that benefited from the illegal contract, withdrew his representation.

The Dlomos opted for legal aid, which will only be granted after a means test.

Judge Sharmaine Balton had to postpone the matter to 11 August for yet another pre-trial conference.

NPA spokesperson Natasha Ramkissoon-Kara said the actual start of the trial is most likely to be next year. "It’s safe to say it will happen next year, as the judge had called it - it will be a further pre-trail to iron out these issues.

The most of Monday’s sitting was taken up by media access — or lack of it — a consistent gripe amongst journalists since the matter first sat in the regional court in 2020.

In December 2020, an order was made that no live video feed would be allowed in court for pre-trial proceedings. Sanef appealed that order in February 2021, and a decision on the matter is still pending.