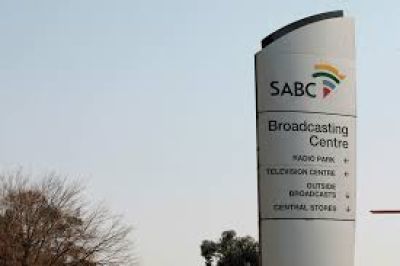 The African National Congress (ANC) has proposed that the government move to scrap TV licences in the country – and replace it with a tax.

Speaking at a post-conference briefing this week, communications minister Khumbudzo Ntshavheni said that the party has decided to push forward with the proposal, noting that the current TV licence scheme is not working.

She specified that she was not speaking as communications minister, but as a member of the ANC.

"The public broadcaster must be strengthened. The SABC has both a commercial mandate and a public mandate. In the public mandate, we want the SABC to be funded from the national fiscus, but we are also proposing a household levy, "she said.

The TV licence arrangement is not working, it is actually impacting on the SABC’s ability to survive."

The SABC commercial wing, meanwhile, must be allowed to compete in the same way that commercial broadcasters compete, Ntshavheni said.

"They must be given that space. The government has been mandated to finalise that bill.

She added that the public broadcaster must be used to fulfil a developmental role and that education channels, health channels and history channels must be brought into focus.

The ANC's policy position aligns with steps already been taken by the national broadcaster.

In the SABC’s annual performance plan, published in May 2022, the broadcaster outlined its plans to introduce a new tax to replace the longstanding TV licence fee.

The proposal will see the implementation of a 'technology-neutral' public media levy to replace the existing television licence.

The SABC noted that this levy would be 'device-independent', meaning South Africans who do not have a television set will still be required to contribute. The proposal also states that part of the levy’s revenue is expected to be collected by the ‘dominant subscription broadcaster’ – in this case, DStv and Multichoice – on the public broadcaster's behalf.

The shift away from the TV licence model comes as the SABC continues to see declining revenues from TV licence payments.

In its annual report released at the start of October 2021, the SABC told parliament that TV licence revenue had declined by 0.4% to R788 million.

This resulted in only 18% of the total licence fees billed being realised as revenue, which is very similar to that realised for the year ended 31 March 2020, the SABC said.

The SABC depends mainly on commercial revenue to finance its operations. However, there is huge legislative pressure to fund news and sports, specifically of national interest, which are not profitable. This creates significant pressure on the SABC’s cash flows in the long run, it said.

Data for the 2021 financial year shows that the evasion rate currently sits at 82.1%. Overall, the SABC said that 2.2 million TV licence holders managed to settle their fees in full or in part against a known database of 10.3 million television licence holders.