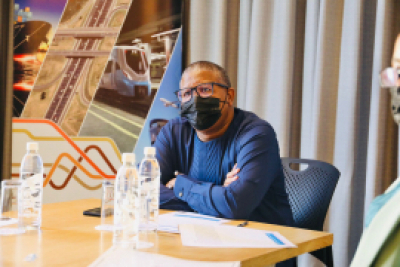 Minister of transport Fikile Mbalula is investigating how 3,000 unverified employees got onto the state-owned Passenger Rail Agency of South Africa’s (Prasa) payroll.

Mbalula said that Prasa has started the process of physically verifying all its employees under Project Ziveze, adding that since the freezing of salaries to employees who did not actually work at the company, more employees have come forward to be verified.

He added that a forensic investigation is currently underway on how the 'ghost' employees found their way onto the payroll.

"Once the investigation is concluded, action will be taken against those who are implicated."

In a virtual meeting earlier this year the Standing Committee on Public Accounts conducted a hearing on the annual report of Prasa for the 2020/21 financial year ad investigated irregular, fruitless and wasteful expenditure.

The Committee raised questions over the rail agency’s action plan to deal with its repeat findings of little concrete plans to improve the sector and the fact that full salaries were being paid during 2020/21 when no work was being done.

Mbalula said that the process of service recovery had been painstakingly slow because of the state of the infrastructure.

The topic of a possible organised crime syndicate has been pointed to as being responsible for the systematic vandalism and destruction of Prasa by the minister.

In June, Prasa announced the awarding of the 5-year General-Overhaul contract worth R7.5 billion. The contract aims to allow for the heavy maintenance and repairs of its train sets and clear the backlog. The contract was awarded to five contractors nationally.

Prasa said that the contract has the potential to revive and ignite the economy as over 2,000 direct jobs are expected to be created.

Government has a history of 'ghost workers', where departments, municipalities and SOEs fork over billions of rands to people who aren’t actually working for them.

Issues around ghost workers are often uncovered when these groups do a physical headcount and compare the numbers to the payroll, finding many individuals who are illegally drawing a salary.

In 2021, the Msunduzi municipality in KwaZulu-Natal discovered as many as 120 ghost employees who failed to appear for a headcount. In 2020, the City of Tshwane said it had managed to identify as many as 1400 ghost workers on its payroll system.

In June 2022, the Mpumalanga provincial government announced a major process to verify all 83,000 of its employees on the Personal and Salary System (Persal).