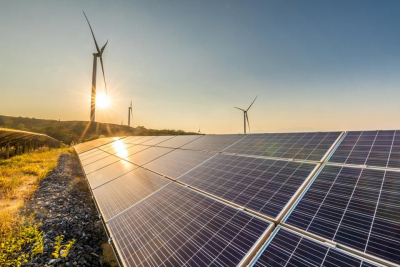 The Democratic Alliance (DA) has published its Energy and Electricity Policy, focusing on access to cheap electricity and ending load shedding in South Africa.

According to the DA, its policy differs from what the government has put forward in that it is actively ‘consumer-centric’ and proposes to facilitate feeding surplus energy from customers into the grid.

Notably, the new policy proposes incentives for personal solar installations by granting a once-off tax rebate to households that install them.

Broadly, the key proposal are:

°Provide amnesty to households with illegal connections to incentivise the move away from such connections;

°End the state’s monopoly on energy generation, supply and distribution;

°Privatise and unbundle Eskom by selling power stations to private owners until their end of life.

Commercially viable power stations should be sold to private owners and operated until the end of the remaining life of the station. The envisioned end state for generation is of a diversified and competitive generation sector," said the DA.

The party argues that Eskom should be unbundled so that there are multiple entirely separate enterprises that do not fall under a holding company. These companies can then be purchased by private owners to drive competition in the energy sector.

"The envisioned end state for generation is of a diversified and competitive generation sector."

With generation and distribution privatised, the remaining transmission entity of Eskom, free from conflicts of interest, should become a national, state-owned Independent Transmission System and Market Operator (ITSM), said the DA.

"South Africa needs a competitive energy market where the state does not have a monopoly on energy generation, supply, and distribution. There should be a multiplicity of private suppliers competing with one another to provide the best service and lowest price. This requires making it easier for energy suppliers to enter and participate in energy markets."

More in this category: « Rail agency Prasa gets tough on 3,000 suspected ghost employees. One person dead, 46 arrested as zama zama crackdown continues. »
back to top