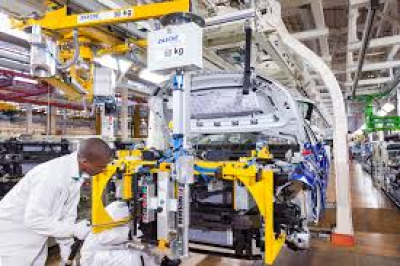 The group said that the project will improve the efficiency and environmental impact of the wax flooding process for locally-built Volkswagen Polos and Polo Vivos.

The process of wax flooding follows after the body of a vehicle has been painted, as certain cavities in the body are inaccessible during the painting process.

"The wax flooding process, which serves to protect Volkswagen vehicles from corrosion in the cavities of the vehicle body, is now performed in a building covering 5,350 sqm across four levels, in the plant’s former electro-coating facility," it said.

The international suppliers working on the project first visited the Kariega plant in July 2021, when the manufacturing of components for the facility had already begun, VW said.

Now, the facility is operating across three shifts, and the plant’s daily production volume of 680 vehicles. It is capable of meeting a full installed capacity of 710 vehicles per day and can even pass this to 747 vehicles per day, VW said.

VW said that the facility was also designed to be more energy efficient, noting that it uses 25% less energy for heating and has reduced CO2 emissions for the process by 55%.

"This investment from the Volkswagen Group is a massive vote of confidence in VWSA as a production plant," said Ulrich Schwabe, production director at VWSA.

The modern facility will allow us to keep building and delivering high-quality Polos and Polo Vivos for local and export customers, while prioritising our commitment to continuously finding more environmentally responsible ways to do so."

More in this category: « Maluti-a-Phofung municipal manager to remain behind bars. Bain barred from UK state contracts over 'grave misconduct' in SA. »
back to top