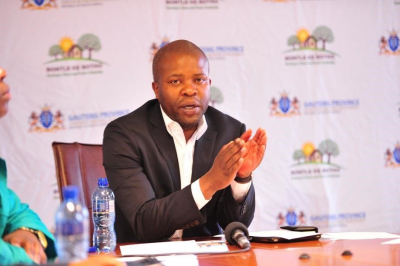 Gauteng MEC for Human Settlements, Urban Planning and Co-operative Governance and Traditional Affairs Lebogang Maile has confirmed that he will be going to Tembisa on Wednesday to address community members after they went on a violent protest over utility costs.

Maile said he spoke to Ekurhuleni mayor Tania Campbell and asked her to accompany him to Tembisa to address residents in person.

The violent protests – prompted by dissatisfaction over price hikes in the cost of water and electricity – have left at least four people dead, with public and private infrastructure torched and damaged.

Initially, Campbell had planned to address residents on Friday but Maile insisted it was best they speak to them sooner to avert anymore damage.

Earlier, Member of the Mayoral Committee (MMC) for Community Safety, Letlhogonolo Moseki, said that he believes a "third force" was behind the violent protests.

There were also reports that Campbell also believed that these protests were politically motivated to destabilise the Democratic Alliance-led coalition in Ekurhuleni.

However, Maile denied those claims saying he was an ANC member but he put that aside and called the mayor to join them in their mission to restore calm in the area.

Maile acknowledged that the community's grievances are legitimate and that the residents enjoy the right to protest. However, he said, "criminal elements" marred the protests and played a role in the escalation of the violence.

"Criminal elements have sought to hijack the genuine protests and grievances of the people. When you listen to the memorandum… you realise that the grievances are genuine and these are the issues people are facing every day.

"At the same time, we are calling for calm… [This] does not mean that we are suppressing people's views, but we are saying that if they continue to march and to protest, they must do so in a peaceful manner," Maile said.

The MEC sent his condolences to the families of those who lost their lives and called on the community to unite against those taking advantage of their legitimate protests.