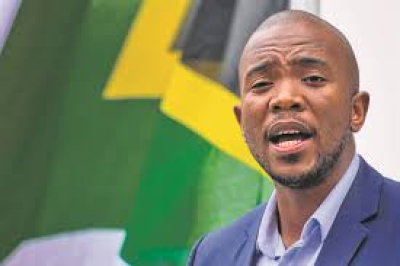 One South Africa leader Mmusi Maimane said that he was recovering from a traumatic experience after being robbed at a bar on Wednesday night.

Maimane was among several patrons who came face-to-face with three gunmen who stormed a Cape Town bar.

He said that they demanded that all patrons lie on the ground and started robbing them one by one.

The men then started brandishing weapons and ordered the bartender to hand over cash while forcing patrons to get under their tables. They then proceeded to rob patrons of cellphones, bags, and jewellery.

Maimane described the moment as "like something out of a movie". He said patrons had left the premises "traumatised beyond words" and said the robbers were "obviously professionals".

Police spokesperson Sergeant Wesley Twigg said police were investigating a case of business robbery at a Claremont restaurant. The robbery took place at around 19:45.

"According to reports, unknown suspects entered the restaurant and threatened the supervisor and staff with a firearm. The suspects fled the scene with cellular telephones and an undisclosed amount of cash. No shots were fired, and no injuries were reported," said Twigg.

Maimane said the robbery was over quickly, with security guards who had been alerted to the robbery giving chase but failing to apprehend the gunmen.

You think of what could have been. Crime in our nation is out of control. I wonder and lament the lives of all people that were shot at a tavern. They, like us, went out to have a drink and they lost their lives," he said.

Maimane said that although police officers responded promptly, he still had doubts as to whether any arrests would be made.